Taxi and ride-share drivers are furious about the Port Authority of New York and New Jersey’s plan to impose new fees on pickups and drop-offs at airports, with some threatening to “shut down” ground transportation, WABC-TV reports.

The plan also would raise the price of an AirTrain ticket from $5 to $7.75 each way. The trains connect the New York mass transit system to all three airports. Bridge tolls would be increased, as well.

The association representing ride-share operators called the new fees part of a “war” on professional drivers. “The new fee is just the latest in a series of unfair taxes that tax the labor of app-based drivers at a higher rate than taxis, and it comes on the heels of a new state congestion tax of $2.75 per trip on app-based trips and $2.50 on taxi trips,” the Independent Drivers Guild said.

“This fee – on top of a devastating $2.50 congestion surcharge in Manhattan and after a 36 per cent drop in revenue for yellow cab drivers – appears manufactured at the state level to wipe out a sector that has kept the airports moving for decades,” he said.

“Drivers are in crisis, but the Port Authority underestimates our resolve. If they want a fight, they got one. Drivers: get ready to shut down the airports.”

The fee proposal will be the subject of upcoming public hearings and a likely September vote by the Port Authority board. Port Authority Executive Director Rick Cotton called the fees “needed and measured.” 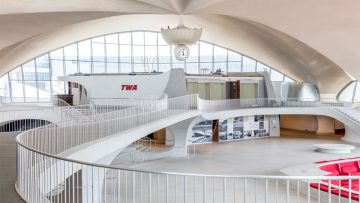 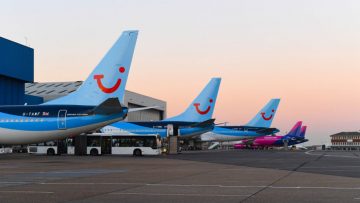