Curbed Boston reports that the group will open its third US hotel in Boston on August 5.

The 272-room hotel will be located above the city’s North Station train depot and adjacent to TD Garden, home of the Boston Bruins and Boston Celtics.

The property will feature several public areas, including a book-filled “living room” with 24-hour food service and an outdoor terrace.

Guests can check in via self-service kiosks and control lights, shades, and other in-room amenities via a provided iPad tablet.

The “affordable” branding in Boston translates into a rack rate of $254 per night, about average or a little less than average, Curbed reported.

The Citizen M brand launched in 2008 with a hotel at Amsterdam’s Schiphol Airport and will soon expand to include more than a dozen locations, mostly in Europe and Asia.

Its first US hotel opened in New York City in 2014, and a second Manhattan location was subsequently added. Other forthcoming openings include Kuala Lumpur, Seattle, and Zurich.

Loading comments...
Read Next
Southwest named the "fastest" airline in the US
Read Previous
Rwandair to launch first Chinese destination 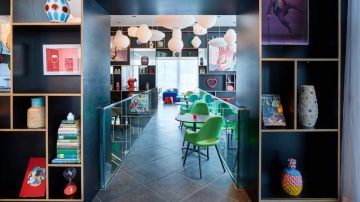 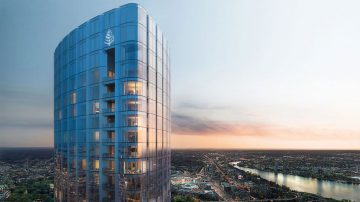 News
Virgin and Delta to serve Gatwick from Boston and JFK
4 Apr 2019
Loading...