Amtrak gives Acela makeover, with new trains on the horizon 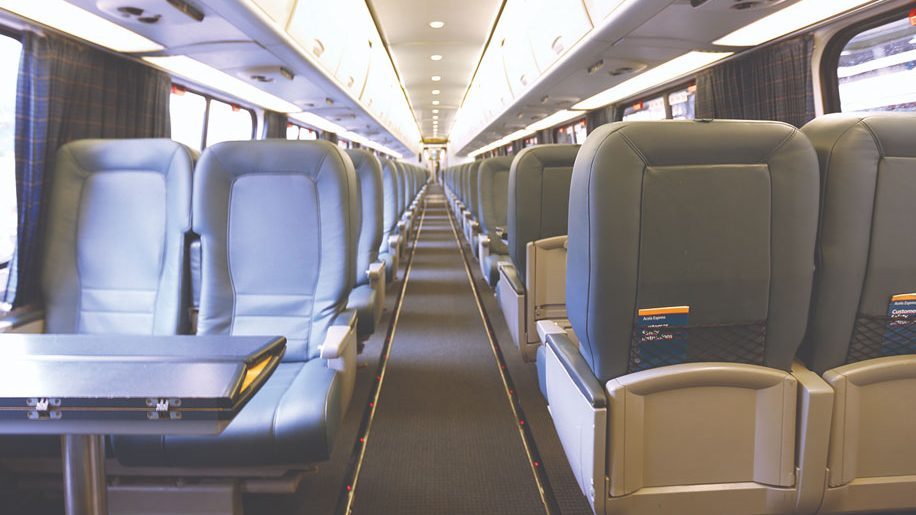 New seat cushions, carpeting and cleaning were part of a $4 million makeover of Amtrak’s premium Acela service that included 100 of the high-speed train’s business and first class cars.

The completion of the 15-month project comes as Amtrak gave the public a sneak peek at the all-new Acela trains due to come online in 2021.

“Customers expect a premium experience when they board an Acela, and these updated interiors provide a more comfortable, refreshed look and feel – whether you want to relax, move about freely, work or play,” said Amtrak president and CEO Richard Anderson.

The new Acela equipment will include 40 percent more trains, more seats, and the promise of better amenities and a smoother ride. Prototypes of the new trains will hit the rails later this year, and all existing Acela trains will be retired in 2022, Amtrak said.

The new trains will hold 380 passengers, are designed to tilt on turns, and could cut travel time between Boston and Washington, DC, by 15 minutes, CBS News reports.

“We’ve got a position, Amtrak, to have a modern product that a millennial wants to get on with high-speed Wifi, craft beers and reliable schedules that beat buses, cars and airplanes,” said Anderson.

Leather from the old Acela seats was recycled into handbags, wallets, and other consumer goods, and soft goods were reused a cushion material.