Are readers that surprised?

Over many months, Qantas has talked up its proposed Sydney-London non-stop flights by saying they would be equipped with the sort of things not found on lesser services.

To while away the hours, passengers were promised things like bunk-beds, gyms, children’s play areas and so on.

Now, according to the Sydney Morning Herald, all the above – plus having a lower seat count – have been binned.

A similar report appears on Bloomberg.

But haven’t we seen all this before?

Manufacturers and airlines invariably talk up their products before they are launched.

I recall the 1960s when Boeing hyped up the B747 which, at that time, was more than twice as large as comparable aircraft like the B707 or DC-8.

Boeing even said its 747 could be equipped with a movie theatre.

And it was the same with the A380 decades later, when some airlines talked about showers and gyms on board.

But at the end of the day, only Emirates installed showers (though not gyms), and then only for first class passengers.

In the cold light of day, as Business Traveller has said many times, these facilities not only cost money but they also add weight.

On an ultra long-haul flight, adding weight means increased fuel consumption which means that a) more weight means less range, and b) costs rise as in the early stages of a flight aircraft must burn fuel just to carry fuel.

It means ultra long-haul flights are uneconomic unless passengers pay higher fares, and then there’s no guarantee of profitability given changing oil prices (as we saw when high oil prices forced SIA and Thai to cancel their A340-500 non-stops between SE Asia and the USA many years ago).

Boeing and Airbus are both working on aircraft (modified variants of B787s, B777s and A350s) which would be able to undertake flights lasting around 20 hours. They expect to deliver their offers to Qantas this coming August.

It must be stressed that Sunrise may not happen at all.

Qantas CEO Alan Joyce is quoted as saying the airline will come to a decision by the end of the year “one way or another.”

Joyce said he wasn’t afraid to decide against the project, despite the hype and global media attention it had attracted.

Quoted by the Sydney Morning Herald, Joyce said: “You have to say when to say no. If the business case doesn’t work … we will be ruthless and we will kill the project.”

Proposed Project Sunrise destinations include New York and other cities in mainland Europe. 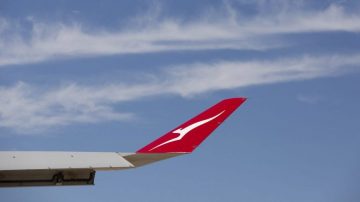