*****UPDATE: It is now reported that Garuda’s latest reorganisation will spare London.

According to Luchtvaartnieuws.nl Garuda’s CEO Ari Askhara now says both Amsterdam and London will remain part of his airline’s network.

However due to “cost considerations” the non-stop Jakarta-London service is expected to end. It would be replaced by an indirect service via Amsterdam.

Many readers will remember this is what Garuda used to offer travellers when it restarted London several years ago. At that time it made Gatwick its arrival point.

If Garuda does decide to serve London via Amsterdam its schedule would have to change.

It is unclear whether Garuda would stay at Heathrow or whether it would have to return to Gatwick.*****

News from Indonesia suggests that national airline Garuda Indonesia will once again close its Jakarta-London route.

Garuda’s president director, Gusti Ngurah Askhara, is quoted as saying his airline will close the route later this year.

But that’s not all. The airline also intends to halve its Jakarta-Amsterdam service.

For historical reasons, Amsterdam has always been Garuda’s natural European destination. The city is the location of its European head office.

According to the report, the current flight frequency of six flights a week will be reduced by two or three (flights).

Ari Askhara said, “We will close London because it cannot be subsidised”.

Garuda’s London route was restarted late last year, only a few weeks after it had been cancelled.

In all my decades of experience I have never known a long-haul airline to drop a key route only to restart it soon after.

In August 2018 Garuda was intending to axe London in favour of providing connections with KLM to Amsterdam from where they would take Garuda’s Jakarta service.

Garuda did indeed stop flying to London at the end of October. But the following month it then decided to restart the London-Jakarta service in a matter of weeks.

Amsterdam is more of a surprise seeing as it is Garuda’s most popular gateway.

So were there enough passengers to fill the extra capacity?

In truth, Amsterdam is a better gateway for Garuda. Its passengers can use Dutch airline KLM (which works closely with Garuda) for their connecting flights throughout the UK, mainland Europe, Scandinavia and so on.

Garuda’s London service uses Heathrow T4, which is not the best for domestic transfers as passengers need to change terminals.

By contrast KLM operates to well over 20 UK domestic points compared with the handful served from Heathrow (with British Airways, Aer Lingus and Flybe).

Please note that, at the time of writing, there is no change to Garuda’s schedules from both London and Amsterdam.

The carrier has yet to decide on its future plans for Europe. 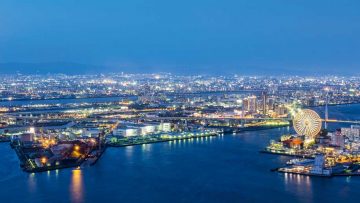