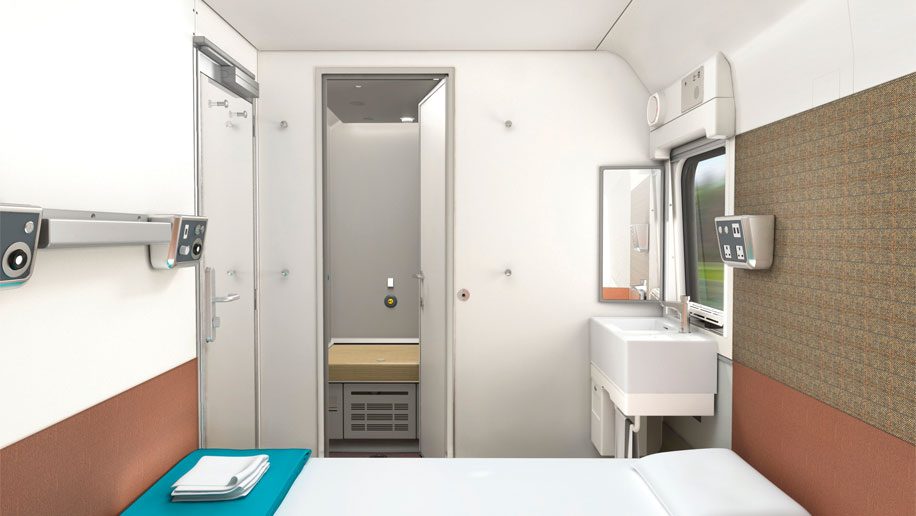 This coming Sunday night (April 28) is expected to see the roll-out of the new Caledonian Sleeper, over a month ahead of the previously expected launch date of June 2.

According to a report in this morning’s The Scotsman the new rolling stock will be deployed on the London Euston-bound services departing Edinburgh and Glasgow. It will also operate the northbound service from London Euston on that date.

These are branded ‘Lowlander’ services. As yet there is no information as to when the new rolling stock will be deployed on the ‘Highlander’ routes which operate from Aberdeen, Inverness and Fort William.

The current Caledonian Sleeper rolling stock is 40 years old. In due course it will be replaced by a fleet of 75 new carriages costing £150 million which are being manufactured by Spanish firm CAF.

Many of these new carriages will have en suite compartments. It means that for the first time ever on UK rail sleeper trains, cabins will be equipped with individual shower and toilet facilities.

More information of what to expect can be found in our Caledonian Sleeper feature in this month’s Business Traveller (available for subscribers).

Caledonian Sleeper has confirmed to Business Traveller that the first of the new trains will enter service on the Lowlander routes on April 28.

When we checked its website display (for travel on April 28) the official display is of the current facilities. However this display may well be changed between now and April 28.

Certainly the new facilities can be seen for Lowlander departures from June 2 onwards.

Bear in mind this is a completely new train. Technical issues *may* arise. Therefore readers wishing to ensure they do travel aboard the new rolling stock may wish to wait until the official launch at the beginning of June.