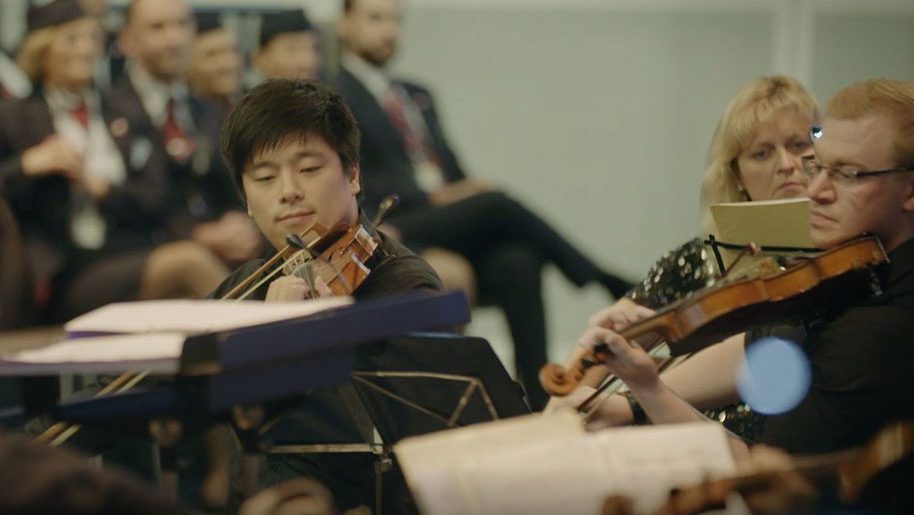 British Airways has released a new composition based on the Flower Duet, a piece of music which has been regularly used in BA adverts and inflight during boarding.

The famous British Airways “Face” advert of the late 1980s (see You Tube video at the bottom of this piece) featured the Aria soundtrack, an adaptation of the Flower Duet theme.

The theme – from Delibes’ opera Lakmé – has been reimagined “to reflect British Airways’ history, in the airline’s centenary year”, and features ten variations representing significant milestones in the carrier’s history, from the formation of Imperial Airways to Concorde’s farewell and the opening of Heathrow T5.

The new version was composed by Lyndon Ooi, a BA quality engineer, and was performed by the British Airways Orchestra, made up of 30 colleagues and external musicians.

BA has released a series of technical notes, detailing specific characteristics of the piece and how they relate to the carrier:

“Music has been a passion all of my life – much like the excitement of flying and the experience of travel it communicates with people and speaks straight to their hearts.

“It was a real challenge to fit the entire 100-year history of British Airways into the piece but I’m really happy with the final result. And what a pleasure it was to perform it with my colleagues in the British Airways Orchestra.”

BA is planning a number of celebratory initiatives during what it considers its centenary year, including the unveiling of four retro liveries, and a bespoke Speedbird 100 ale in partnership with Brewdog.