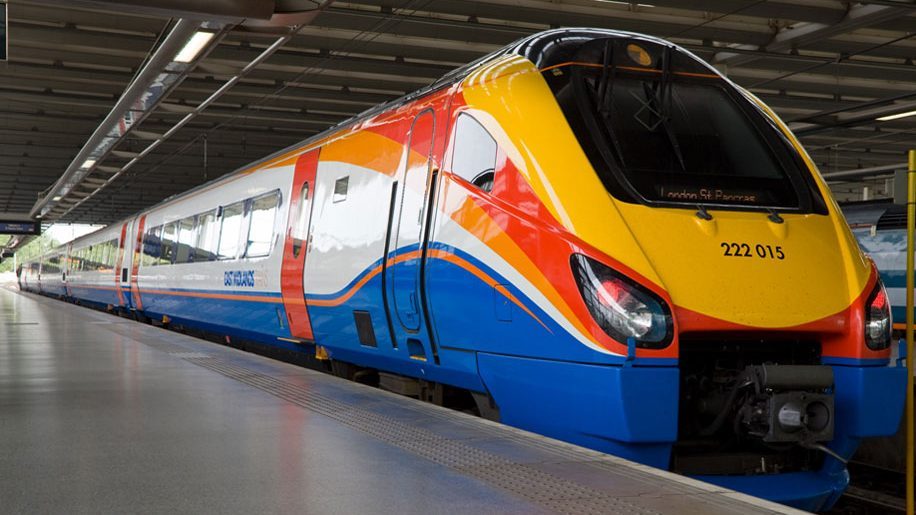 Transportation firm Stagecoach (who currently operates the franchise) has lost out to Dutch firm Abellio.

Stagecoach has held the East Midlands franchise for many years, but will be handing the keys to Abellio from August 18.

It also operates the lengthy cross-country Liverpool to Norwich route among other regional services.

The decision by the Department of Transport (DfT) also means that Stagecoach is barred from bidding for two other rail franchises namely South Eastern and West Coast Mainline (which would have been a joint venture with Virgin Group and France’s SNCF).

The reason involves the funding of railway pension funds, and one assumes that Abellio has given the DfT assurance in this regard.

Abellio is best known for operating the Greater Anglia and Scotrail franchises.

Londoners are acquainted with Abellio and its services linking Liverpool Street with East Anglia.

Although travellers grumble about its elderly rolling stock (much of which dates back to the British Rail era), new Swiss-built trains will soon be entering service both on the East Anglia lines as well as the Stansted Express.

But Scottish travellers, reports The Scotsman, are not so happy now that Abellio is now operating Scotrail.

Abellio won its bid for the East Midlands  franchise because it aims to provide new trains, more capacity and smart ticketing options.

“Abellio will invest £600 million in improvements to trains and stations, maximising the effect of the government’s £1.5 billion upgrade of the Midland Mainline to make journeys easier, more reliable and comfortable for our passengers.”

However one of the first problems which Abellio will face concerns East Midlands Trains’ existing 40-year old HST diesel trains.

These were supposed to be withdrawn from service in December 2019 but, according to industry magazine RAIL, new rolling stock will not be available until 2022 and existing capacity is insufficient to cope.

So will Abellio have to keep these elderly trains in service for longer than planned?

As for Stagecoach, its Group chief executive Martin Griffiths said:

“We are extremely concerned at both the DfT’s decision and its timing.  The DfT has had full knowledge of these bids for a lengthy period and we are seeking an urgent meeting to discuss our significant concerns.”