Rome appears to have caught the eye of two Chinese carriers, Air China and Hainan Airlines, with both now aiming to launch non-stop flights to the Italian capital this summer.

Hainan Airlines’ new service will be first to take off, flying out of Shenzhen from May 30 onwards. The route will be the airline’s third service to Rome after Haikou-Chongqing-Rome and Xian-Rome. Flights will operate twice per week flying on Thursday and Sunday.

There’s a degree of uncertainty when it comes to what passengers can expect once on board, however.

Hainan Airlines will fly its Boeing 787 Dreamliner on its Shenzhen-Rome route, though it does offer two different seat products in business class on these aircraft. Its older 787-8s and some of its 787-9s feature a forward-facing seat that’s laid out in a 2-2-2 configuration – meaning window-seat passengers won’t get unhindered access to the aisle – whereas some of its newer 787-9s offer the airline’s reverse herringbone seat, which is laid out 1-2-1.

Air China similarly outfits its Airbus A330-200, which will operate the Hangzhou-Rome route, with varying seat products, though one would assume it most likely will be the configuration equipped with lie-flat seats that will take over the long-haul service.

The good news for travellers flying on Air China’s service is that they will have access to the new Star Alliance lounge at Rome Fiumicino International Airport.

There’s been plenty of movement with regards to routes between Rome and mainland China of late.

On the plus side, fellow Chinese carrier China Southern launched a non-stop service connecting Rome and Guangzhou in July last year. 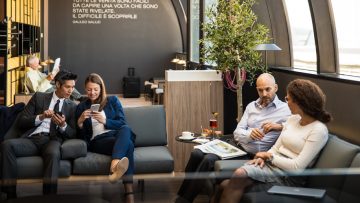 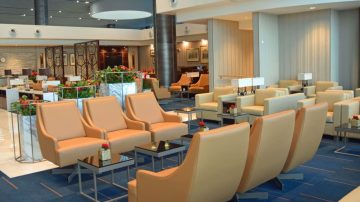