Travellers flying with China Airlines will no longer be able to take advantage of Air France’s non-stop flights between Paris and Taipei with the Taiwanese carrier opting to drop the route from the two airlines’ codesharing agreement from March 31.

The airline, which began placing its code on Air France’s newly launched route between the two cities back in April last year, told Business Traveller Asia-Pacific the decision had been made due to “strategic planning considerations”.

“China Airlines and Air France have agreed, after extensive communications, to end their codesharing agreement on the Taipei-Paris route from March 31 this year,” the airline said in a statement.

The move is a blow for travellers from Taipei wanting to connect onto flights to other European destinations via Paris Charles de Gaulle Airport.

Curiously, the two airlines will continue to offer codesharing on “extension routes” in Europe and Asia-Pacific that came about following the launch of Air France’s Paris-Taipei service.

China Airlines itself doesn’t offer non-stop services to Paris, and with the end of the codesharing agreement with Air France passengers would need to transit in Frankfurt or Amsterdam in order to fly to the French capital.

In light of its decision to cease codesharing on the Paris-Taipei route, China Airlines has said it will help affected travellers book alternative flight arrangements. 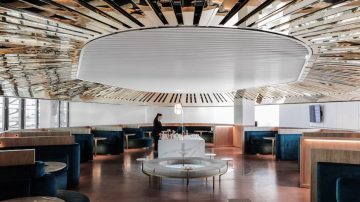