Alitalia will be serving Edinburgh for the first time ever this summer.

But before readers get too excited note that this will be a once weekly seasonal service between Milan and the Scottish capital.

Although Alitalia is deploying an Airbus A320 it will operate between June 8 and August 31 only.

Northern Italians like to visit Scotland and especially during the summer and in August when the famous Festival takes place.

The once weekly flight provides business and economy accommodation. It operates on a Saturday and note that it will operate either from Milan Linate or Milan Malpensa.

Schedules on Saturdays only are:

Although the timings are geared to the Italian market they would also be suitable for Scottish travellers embarking on either business or leisure trips to that country.

Granted a night’s stay would be needed on the way out but Milan is an ideal gateway for covering Northern Italy and Swiss Ticino.

There is no need to be restricted to flying either way on a Saturday.

Flights can be mixed and matched. Alitalia’s website offers alternative routings via Amsterdam and London Heathrow using its own services together with KLM and/or Flybe.

Edinburgh airport is currently experiencing a boom unlike its rival Glasgow where passenger numbers declined recently.

Last year Edinburgh handled 14.3 million passengers compared with 13.4 million in 2017. This represents a 12 per cent increase.

By contrast Glasgow airport, which describes itself as “The Gateway to Scotland,” handed 9.7 million in 2018 as against 9.9 million in 2017.

Edinburgh’s growth has come chiefly from an increase in international services from mainland Europe, Scandinavia, the US, the Gulf and mainland China.

But the growth has come at the cost of Edinburgh airport’s congested facilities which is particularly noticeable during Festival time.

Maybe that’s why the airport is increasing its car parking facilities starting this summer. 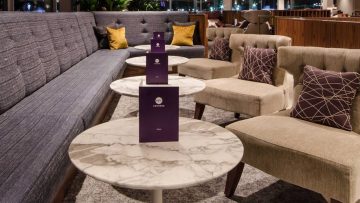 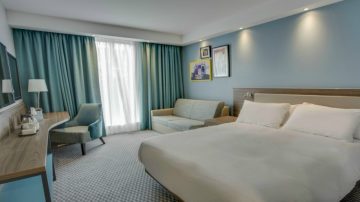