Heathrow has signed a new deal on airport charges with major carriers operating at the London hub.

The airport said that the agreement – which subject to final approval from the CAA will extend current regulatory settlement to the end of 2021 – is worth “hundreds of millions of pounds” in potential rebates.

It will include a new growth incentive, encouraging airlines to increase passenger numbers by filling existing aircraft.

In a statement Heathrow said:

“Airlines at Heathrow currently operate with average load factors below the IATA global average. If airlines at Heathrow reached global averages for filling aircraft there is an opportunity to reduce passenger charges by 10-20 per cent against what they might otherwise be, in addition to helping Heathrow meet the Government’s affordability target for expansion.

“With more passengers on each existing flight, Heathrow would be able to spread the development costs of expansion across a larger passenger base – helping to keep airport charges close to 2016 levels in real terms throughout the expansion project.”

The airport said that “airlines representing each of the alliances have already signed the agreement, with others due to sign in the coming weeks”.

Heathrow said that the CAA “has supported the negotiation of the commercial arrangement”, although a report in today’s Financial Times quotes BA’s parent company IAG as claiming that the CAA was effectively “cut out of the loop” during negotiations, and questions the regulator’s ability to control Heathrow’s expansion costs.

The airport said that the new agreement “would allow all parties – from the regulator to airlines and the airport – to focus their resources on agreeing the regulatory settlement that will be in place during the main expansion works from 2022 (subject to the airport being successful in its development consent order application)”.

A public consultation on the solution is set to be launched by the CAA in the coming weeks.

“Over the past several months we’ve been working hard with our airline partners to agree a deal on airport charges to 2021. We are delighted that the result is the first-ever commercial agreement at Heathrow which will unlock hundreds of millions of pounds of potential investment for our passengers.

“We’ve shown that we can achieve more by working together and we will continue working to build on this momentum as we expand.” 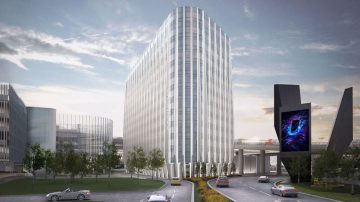