Southwest Airlines doesn’t offer assigned seats and doesn’t charge extra for checked bags, itinerary changes, or so-called preferred seating, such as in exit rows. But that doesn’t mean the airline is completely egalitarian.

For a fee (which increased last year), Southwest passengers can board the aircraft early, and many travellers are willing to pay.

In 2018, the airline earned $642 million in ancillary fees, with two-thirds of that coming from early boarding fees (most of the rest came from charges for in-flight wifi, alcoholic drinks, and fees for bringing pets onboard).

Southwest’s boarding procedure assigns travellers to three groups, A, B, and C, with A boarding first. Passengers can get in the A group by paying for EarlyBird check-in (normally check-in isn’t open until 24 hours prior to the flight) to get a group assignment before other travellers, or by paying a fee for Upgraded Boarding.

While $642 million is a lot of money, other airlines make far more from fees. For example, American Airlines earned $911 million in 2018 from checked baggage fees alone.

Southwest CEO Gary Kelly said in January that the airline is “not going to charge for bag fees,” but he did indicate that other fees are under consideration. 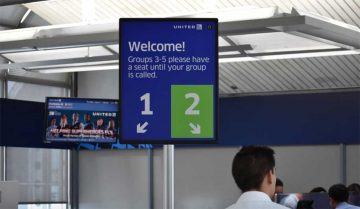 News
Southwest takes step toward Hawaii flights; will the airline have planes to fly?
19 Feb 2019