Flybe to expand London Heathrow-Edinburgh route by 50 per cent

Edinburgh-London Heathrow is a key route for travellers making international connections [in the capital] both for short- and long-haul flights.

In November Flybe announced plans to increase frequency on the route from four to five daily flights starting March 31, and the carrier has now confirmed it will add a sixth daily service from April 22.

All flights will be operated by 78-seater turboprops which, according to readers’ posts on our forum, attract lower handling fees at Heathrow compared with jet aircraft.

Flybe – which this week completed its sale to the Virgin Atlantic-led consortium Connect Airways – uses Heathrow Terminal 2. The new schedules from April 22 are available for booking on the carrier’s website.

They are as much about offering better connectivity to international travellers as they are about making day trips (for UK-based travellers) more productive.

It means there will be a later departure from Edinburgh at 2045 which arrives at Heathrow at 2220. This aircraft will overnight at Heathrow.

From Heathrow (effective April 23) there will be an earlier flight at 0640 arriving into Edinburgh at 0825.

This earlier flight will better meet the needs of daytrippers to Edinburgh as well as offering a better connection to those travellers arriving on early morning long-haul services.

It continues to operate regular services to Edinburgh from London City Airport.

At the time of writing it is not known how Flybe was able to acquire this extra slot. 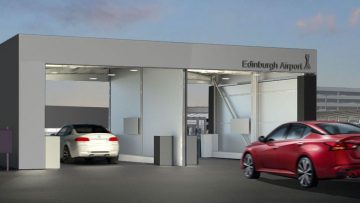