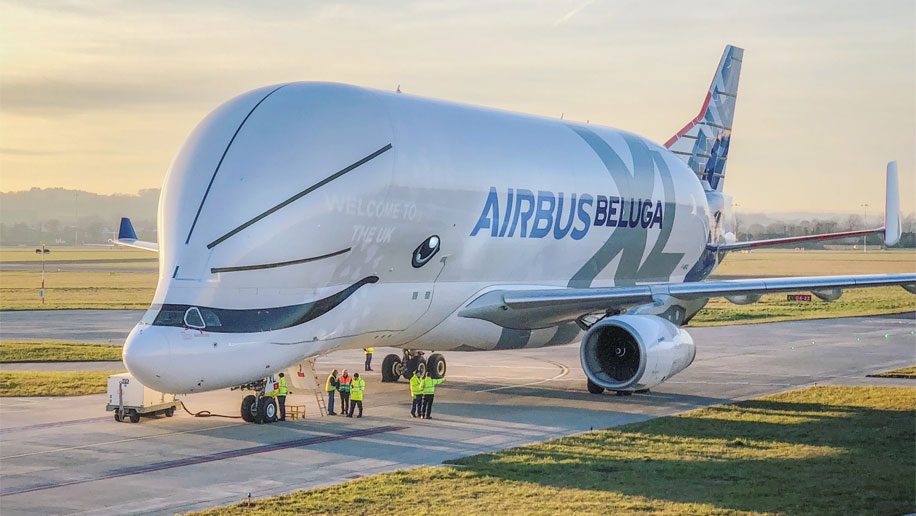 A Beluga XL, part of the new generation of enormous aircraft that Airbus will use to transport plane parts, touched down in the UK for the first time on Thursday.

It left from the Airbus plant in Toulouse, France, and landed in the afternoon at Hawarden Airport in Flintshire, Wales, where it will undergo tests until Saturday. 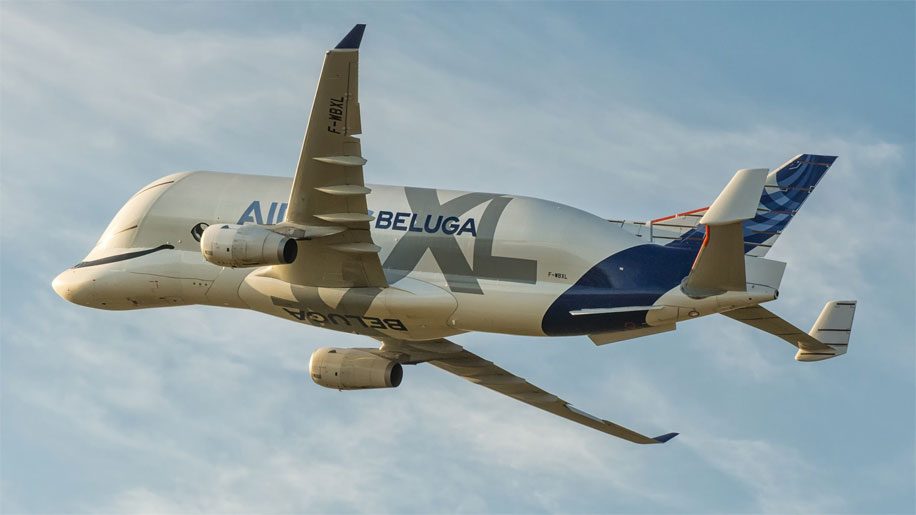 The Beluga XL will gradually replace the existing five-member A300-600ST Beluga fleet from the middle of this year until 2025.

It is 63.1 metres long, 18.9 metres tall and can carry 51 tonnes, with 30 per cent greater capacity than its predecessor.

The Belugas are used to carry complete sections of Airbus aircraft from different production sites around Europe to the final assembly lines in Toulouse and Hamburg, Germany.

Last year the XL livery was chosen by Airbus employees from a shortlist of six designs, with 40 per cent of votes going to a design featuring “beluga whale-inspired eyes and an enthusiastic grin”. 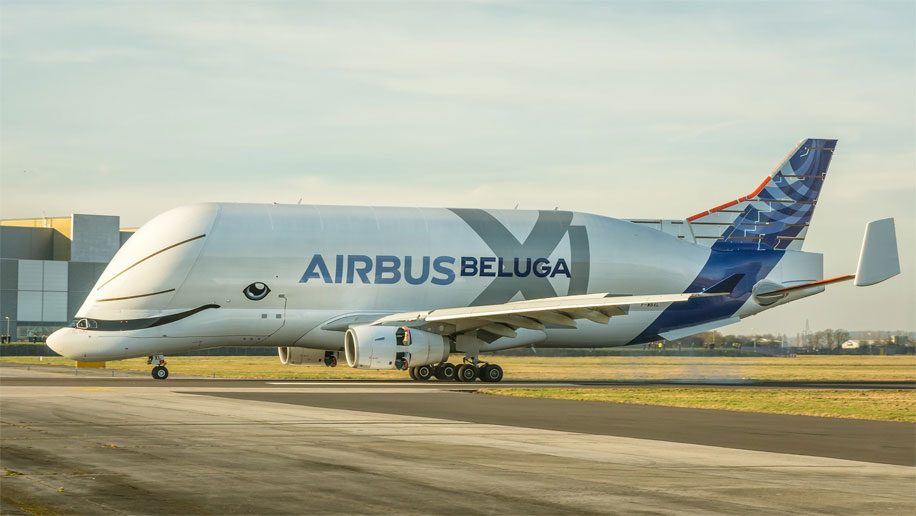 The airborne giant could be spotted over parts of the UK as it headed for Flintshire, including Filton in South Gloucestershire, where around 3,000 Airbus employees work on wings, fuel systems and landing gear integration.

FILTON | The people of #Bristol and our employees at #Filton were the first in the UK to see the stunning #BelugaXL as it carried out flypasts over the #Airbus site and the Severn Bridge this afternoon on its way to Hawarden Aerodrome for ground tests. More photos will follow... pic.twitter.com/pCofVKlxMx

A different Beluga didn’t have quite as smooth a ride yesterday, making an emergency landing at Manchester Airport in the morning due to fog. 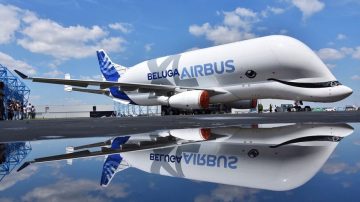 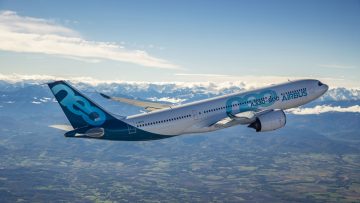