The guidance has been lowered from between €1.1bn – €1.2bn, to a new range of €1.0bn – €1.1bn. These figures do not include exceptional start-up losses in Austrian carrier Laudamotion, which are expected to total €140m (down from €150m).

Ryanair purchased a 75 per cent stake in Laudamotion last year, and said that the airline had experienced “better than expected unit cost performance during the winter period”.

The airline said that winter fares are now expected to fall by 7 per cent, compared with previous forecasts of a 2 per cent drop.

In a statement Ryanair’s CEO Michael O’Leary said that “While we are disappointed at this slightly lower full year guidance, the fact that it is the direct result of lower than expected H2 air fares, offset by stronger than expected traffic growth, a better than expected performance on unit cost and ancillary sales is positive for the medium term”.

O’Leary also said that the lower fare environment “will continue to shake out more loss making competitors, with Wow, Flybe, and reportedly Germania for example, all currently for sale”.

Both Ryanair and Lauda are expected to report stronger than expected traffic growth, as well as improving ancillary revenue performance, and “strong unit cost discipline this winter”, which O’Leary said would help to defray the impact of lower than expected winter fares.

O’Leary added that “While we have reasonable visibility over forward Q4 bookings, we cannot rule out further cuts to air fares and/or slightly lower full year guidance if there are unexpected Brexit or security developments which adversely impact yields between now and the end of March”. 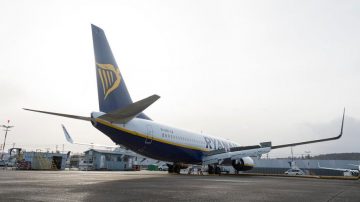