Low-cost Indian airline Indigo appears to have shelved plans to add flights to European destinations, according to a report by The Economic Times.

But The Economic Times cites “two people in the know” at the airline, one of whom states that “There will be no flights to European destinations in the next six months or even a year”.

The report also states that while Indigo had secured slots at London’s Gatwick airport, these will expire in March.

Indigo had previously considered investing in wide-bodied B787 and A330 aircraft, to allow the airline to fly to Europe nonstop.

When these plans were dropped, the carrier began looking at international hubs through which to route these long-haul services on a one-stop strategy, according to The Economic Times.

Indigo took delivery of the first of 150 A321neo aircraft in December, which it plans to operate on medium long-haul routes.

The Europe-India aviation market has proved a tricky sector for new entrants – Brussels Airlines recently dropped its short-lived Brussels-Mumbai route in favour of African expansion, while Icelandic carrier Wow Air is also understood to be ceasing flights to Delhi after just a few months of operation.

And further back Indian carrier Kingfisher Airlines offered flights to London using A330 aircraft with fully-flat business class seats, before being forced to close in 2012 having racked up hundreds of millions of pounds of debt. 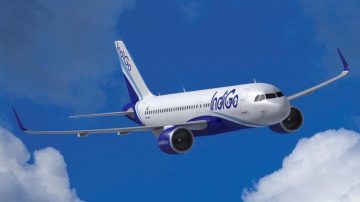