Why Cathay Pacific doesn’t fly the Airbus A380 superjumbo 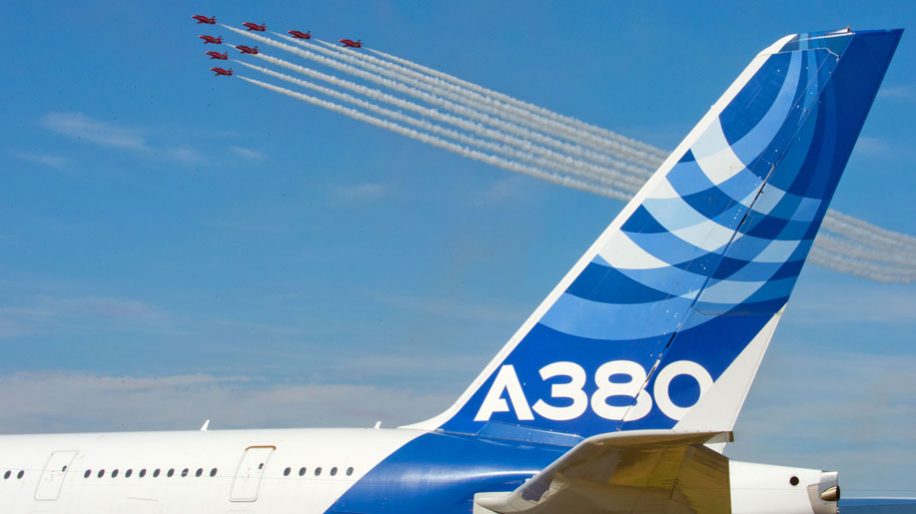 Regular travellers with Cathay Pacific will no doubt be aware that among the aircraft in the Hong Kong flag carrier’s long-haul fleet, the double-decker A380 superjumbo, Airbus’ largest aircraft, is noticeably absent.

Aside from being popular among travellers, the A380 is also the highest-capacity commercial aircraft on the market, able to accommodate hundreds more passengers than Cathay Pacific’s largest aircraft, the 777.

It is also operated by many of the airline’s major rivals, among them China Southern, Emirates, Etihad, Singapore Airlines and Thai Airways, as well as a few of its fellow Oneworld alliance partners, notably British Airways, Qantas, Qatar Airways and, to an extent, Malaysia Airlines.

So why doesn’t Cathay Pacific operate the world’s largest aircraft?

Speaking in a video as part of the airline’s new “You Asked Us” series, passenger network manager Jason Choi explained that while the A380 offers a greater individual capacity than other aircraft, it’s not without its drawbacks.

“The A380 has a lot of limitations because of its size, which can cause all kinds of complications when operating to the airports we currently fly to,” said Choi. “These large planes tend to have longer turnaround times.”

The result of this is that on certain routes, using slightly smaller aircraft than the superjumbo can mean more round-trips per day, meaning greater frequency on the route.

Citing the airline’s key Hong Kong-London route, which serves some 1,500 passengers, Choi said that: “We can have the choice of five Boeing 777s, or we can just deploy three A380s since they are larger aircraft. We prefer to offer more frequency and flexibility, and therefore more choices to our customers.”

Cathay Pacific also has been expanding the capacity of its 777 fleet by moving from a more spacious nine-across configuration in its economy class cabins to the less popular 10-abreast set up. This has given the airline more economy class capacity on board its retrofitted 777s without needing to eat into the number of seats in the premium cabins.

Another key factor in choosing lower-density aircraft than the A380 is that they offer more room for cargo, an important part of the airline’s business.

After announcing the first back-to-back annual loss in the airline’s history in March last year with its net loss for 2017 coming to more than HK$1.25 billion (US$159 million), Cathay Pacific managed to narrow its losses for the first half of 2018 to just HK$263 million (US$33.5 million). The carrier’s performance was aided in particular by strong revenue from its cargo operations, along with various cost-cutting measures as part of its three-year transformation plan.

“As you can imagine, [the A380s] carry lots of passengers and their baggage, which also means there will be relatively less space for cargo,” Choi added.

Though the A380 won’t be joining Cathay Pacific’s fleet any time soon, the airline is taking delivery of a number of new long-haul aircraft over the coming years.

Last June saw the delivery of the airline’s first A350-1000, making it only the second carrier behind Qatar Airways to operate the new aircraft. Business Traveller Asia-Pacific was on board the delivery flight and published a first look of the aircraft.