A new Which? Travel survey had revealed the extent of disruptive behavior on flights, with one in ten passengers reporting that they had experienced a flight “blighted by shouting, drunkenness, verbal abuse or other obnoxious behaviour”.

The issue would seem to be most prevalent on flights operated by low-cost and leisure carriers, with nearly one in six Ryanair passengers (17 per cent) stating that they had been on a flight with a disruptive passenger in the last year.

Which? highlighted two incidents reported in the survey, including “an enraged fellow passenger [who] had to be ‘wrestled to the floor’ by an off-duty policeman when they were refused more alcohol after downing four vodkas”, and “a flight from Newcastle to Alicante where a drunken stag party tried to set fire to a seat cover”.

According to data from the Civil Aviation Authority, there were 417 incidents of disruptive passengers on flights in 2017, significantly up from the average of 186 per year between 2012 and 2016.

Which? said that while airlines “have acknowledged there’s a problem”, it had received “numerous complaints of already drunk passengers being served more alcohol on-board”.

“People should be able to take a flight without having to worry about their trip being disrupted or journey diverted by rowdy passengers who have had one too many,” said Rory Boland, Which? Travel editor.

“Airlines need to take more responsibility for preventing passengers having too many drinks, and incentivising cabin staff to flog more gin and tonics isn’t the right way to do that.

“Many of us like to enjoy a drink when heading off on holiday, and any measures taken by the aviation industry – and airlines in particular – should be aimed at those who go too far.”

Which? surveyed a total of 12,459 members during September and October 2018, about their experiences of disruptive passengers when flying with an airlines from the UK. 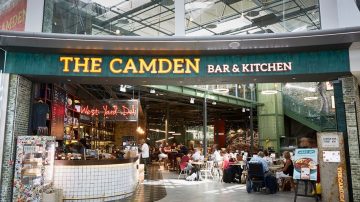