Air Baltic has announced plans to restart flights between Riga and Dublin, a route the airline last operated in 2012.

The Latvia low-cost carrier will fly four times weekly between the two cities from March 31, 2019, using an A220-300 aircraft, with fares starting from €39 each way.

Air Baltic will compete with Ryanair on the route, and commenting on the news CEO Martin Gauss said:

“We are glad to offer our guests regular flights to Dublin. This route has strong demand for years now and we are very happy that we can add Dublin to our expanding route portfolio.

“Air Baltic passengers now will have direct flights between the two cities with the new Airbus A220-300 aircraft for very attractive prices and with business class level of service.”

Air Baltic recently unveiled a special Airbus A220 livery featuring the Latvian flag, to celebrate the centenary of the country.

The red and white scheme on one of the carrier’s A220-300 aircraft is accompanied by the word Riga, the capital of Latvia.

The Republic of Latvia was established in November 1918 when it declared independence from Russia. 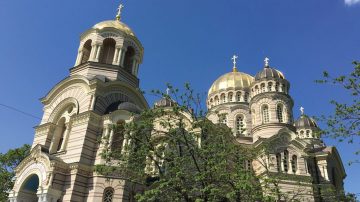 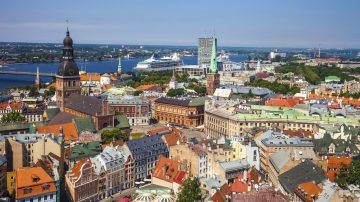