Airline alliance Oneworld will be getting new connections to Africa in mid-2020 when Moroccan flag carrier Royal Air Maroc officially comes on board as the alliance’s first new full member in six years.

Headquartered in Casablanca, Royal Air Maroc is the largest unaligned carrier in Africa, with 94 destinations in 49 countries. Some of these are hubs for other Oneworld carriers – Doha, London Heathrow, Madrid, Moscow Domodedovo, New York JFK and Sao Paulo – and member carriers British Airways, Iberia and Qatar Airways also currently serve Casablanca, Marrakech and Tangier in Morocco.

Royal Air Maroc has no non-stop connections to the hubs of Cathay Pacific or Qantas, however, meaning travellers from Asia-Pacific would need to transit through one of the aforementioned hubs to access the Moroccan carrier’s routes.

Speaking about the decision, Qantas CEO Alan Joyce said: “Africa is the last major region where Oneworld does not have a full member airline – and has one of the fasted predicted air travel growth rates over the next few decades.”

The airline’s regional subsidiary, Royal Air Maroc Express, will also be joining Oneworld in mid-2020, though only as an affiliate member.

The addition of Royal Air Maroc brings 34 new destinations in 21 countries into the Oneworld network. Oneworld now offers connections to 1,069 airports in 178 countries.

Yesterday, Oneworld also welcomed Fiji Airways as a member of first Oneworld Connect, which is designed to allow carriers unable to meet the full membership requirements– but whose networks are relevant to existing members – to join the alliance. 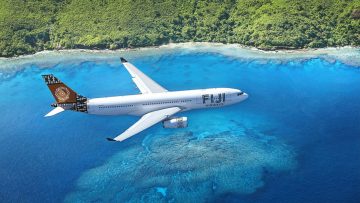 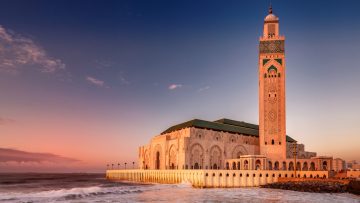