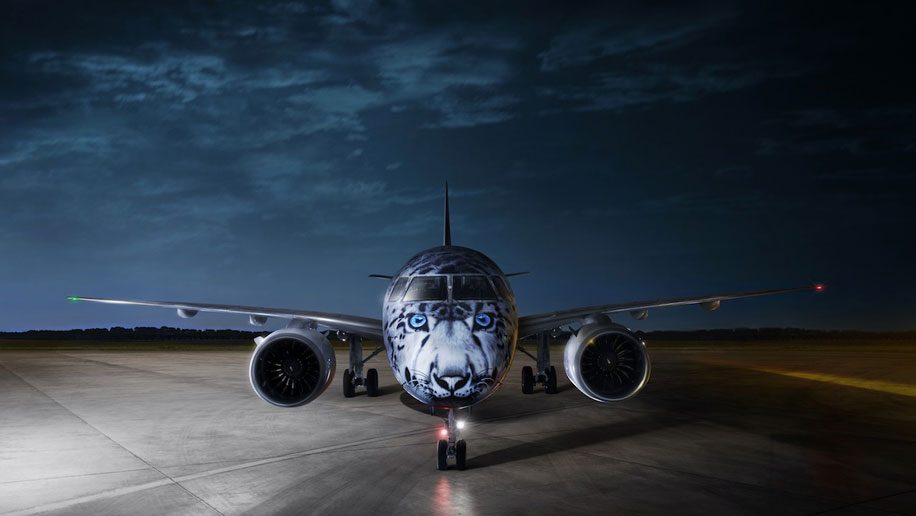 The jet arrived at Nursultan Nazarbayev International Airport in Astana from Brazil on Monday.

The livery is part of a campaign to draw attention to the threat of extinction facing the snow leopard, which is native to southern Kazakhstan.

The airline currently operates a fleet of nine Embraer E190s on domestic and low-density regional services, with the first aircraft entering service in 2011.

It now plans to gradually replace these with newer models.

Its medium-range E2 family, which replaced the original E-Jets, also includes the E175-E2 and E195-E2.

The Brazilian manufacturer has been taking the E190-E2, a competitor to Airbus’s A220 (previously the Bombardier C Series), on a world tour.

Norwegian carrier Wideroe was the first airline to snap up the E190-E2, with its aircraft emblazoned with a shark landing at London City earlier this year. 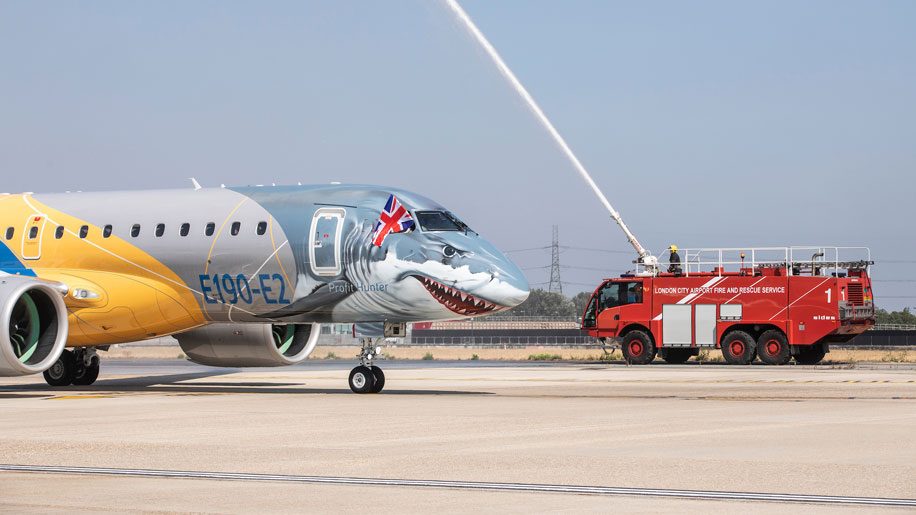 In February Air Astana increased its London Heathrow to Astana service to daily, with the route served by a three-class (economy, Economy Sleeper and business) B757-200 aircraft. 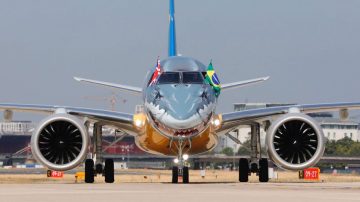 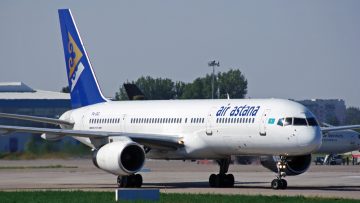 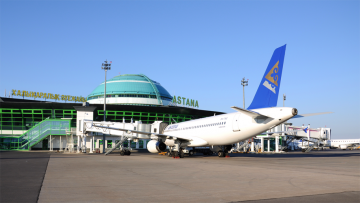