The carrier will launch a five times weekly service between Lisbon and Chicago on June 1, 2019, with flights departing the Portuguese capital at 1305, arriving into Chicago at 1605, and the return leg leaving the US city at 1805, landing back into Lisbon at 0750 the following day.

On June 16 TAP will add a new five times weekly route to Washington DC, departing Lisbon at 1630 and arriving into the US capital at 1940, with the return leg leaving Washington at 2240, landing back into Lisbon at 1050 the following day.

Last week the airline became the launch customers for the new A330-900 neo, and is scheduled to take delivery of a total of 20 of the aircraft by the end of 2019, allowing it to “launch new destinations and spread the global network offered to the airline’s customers”.

“We have ten gateways in Brazil with service from Portugal. We believe we can support the same number to the US. So, we have several more new destinations in North America in our planning. USA are already TAP’s third major market worldwide and has great potential for further growth.

“Our network beyond Lisbon is also growing. We now serve 55 destinations in Europe and 17 in Africa and most of our passengers fly with TAP to final destinations beyond Portugal.” 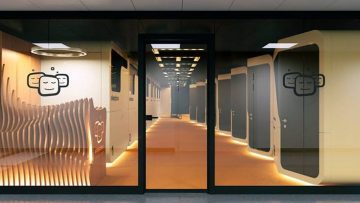