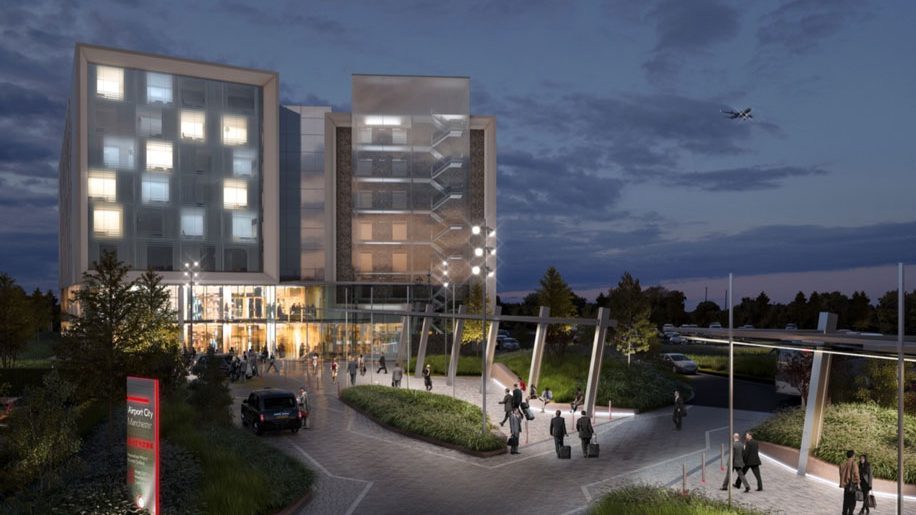 Plans are underway for no less than four new hotels at Manchester airport, with Manchester Evening News reporting that the properties are scheduled to open by 2021.

The airport is currently undergoing a £1 billion transformation programme, with a new passenger pier and multi-storey car park scheduled to open in April 2019, and a Terminal 2 extension slated for 2020.

A 375-room Hilton Garden Inn will feature a sky bar, garden lounge and fitness centre, while a 254-room Hampton by Hilton will have a covered walkway linking it to the airport terminal and rail station. Both of these properties are set to be built behind the airport transport interchange next to the M56.

Meanwhile a 262-room Holiday Inn and 280-room Ibis Budget hotel are both set to be located on adjacent land to the east of the airport’s Terminal 2.