As passenger numbers soar, airports and airlines in China are investing more than their overseas counterparts in IT, cyber security and baggage handling, a new report shows.

Meanwhile SITA analysed nine different areas of cyber security and their rate of implementation, with airlines and airports in China rating higher than the rest of the world in all nine areas.

Airline passenger numbers in China rose nearly 13 per cent to more than one billion over the past year.

By 2019, 100 per cent of airlines plan to have more than 50 per cent of their route network tracking bags at every point of a journey, and 94 per cent will have transfer and arrival tracking in place.

SITA said airline IT budgets have plateaued in the last two years at 3.12 per cent of revenue.

Airport spend on IT was 5.14 per cent of revenue in 2017, with SITA observing that more of that investment was being ringfenced for cyber security.

May Zhou, SITA’s Vice President and General Manager, East Asia, said: “Digitisation is top of mind for both airlines and airports in China. Our research shows that 100 per cent of airlines and 95 per cent of airports have digital transformation already in place, under implementation, or planned. With this strategy it is encouraging to see the importance the industry has placed on cyber security. It is vital that both go hand in hand.” 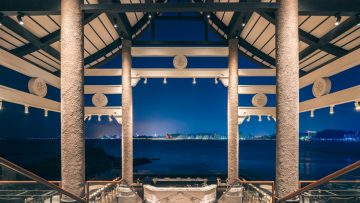 News
China opens the way for increased competition on long-haul routes
16 May 2018
Loading...