British Airways has opened up 50,000 extra Club World seats for reward redemptions for a limited period.

The extra seats are available to book until December 2. The carrier says that they cover “a variety of routes to and from London”. These are as follows:

BA also said that “Members can choose from a range of great long-haul destinations including New York, Dubai or Johannesburg with greatly improved availability from London between December 16, 2018 and March 31, 2019”.

The carrier provides a page here where members can search reward seat availability by route or date.

The extra seats can be used to make Club World reward redemptions, or to upgrade from World Traveller Plus using Avios.

“With these seats spanning a vast array of long-haul routes across a number of continents, we’re hoping it will give members plenty of options for their next getaway.”

Are you finding it easier to redeem Avios against Club World reward seats with the extra capacity? Let us know via the comments section below. 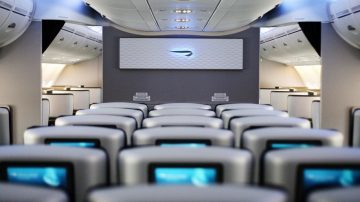