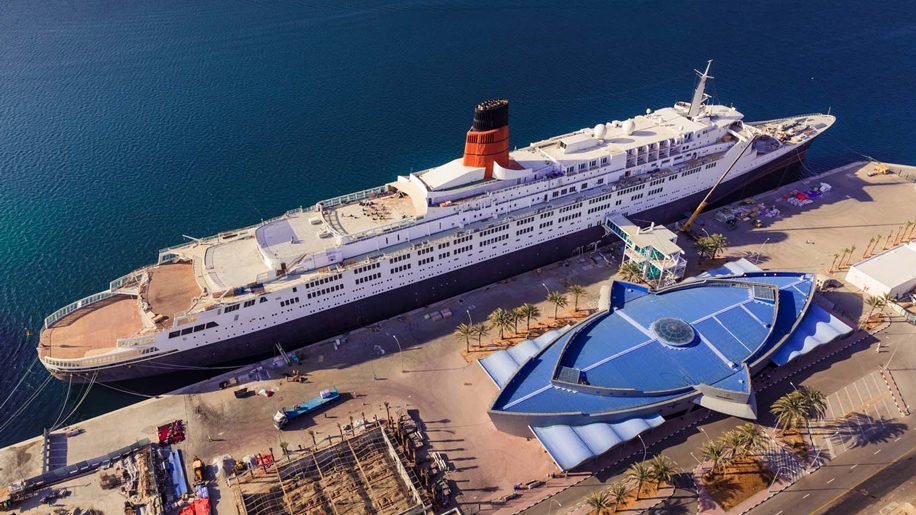 The luxury liner Queen Elizabeth 2, once the grand dame of transatlantic travel, has finally been reborn as a floating hotel in Dubai.

A Dubai-based firm purchased the ship in 2007 with plans to convert it into a hotel, but these were put on hold following the start of the financial crisis a year later.

The QE2 Hotel has 224 guest rooms spread over 13 decks of the ship, along with a British style pub called The Golden Lion among its ten restaurants and bars.

The Yacht Club has an outdoor deck with views of the Dubai skyline, and a swimming pool and private island style “beach”will open in December 2018. 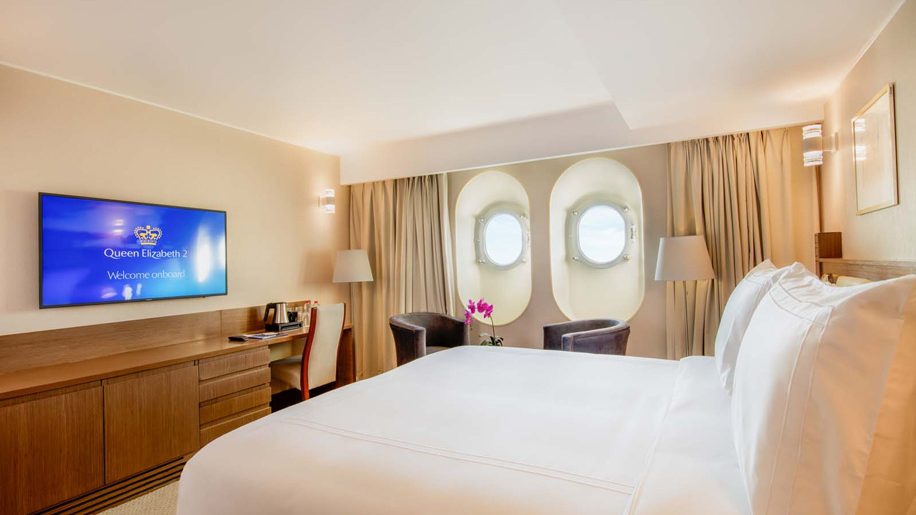 Other onboard amenities include a spa, theatre, executive suites, and – coming soon – a conference centre and duty-free shopping mall. Airport transfers and a shuttle to the Mercato Mall also are available.

Room rates start at $128 per night. All guest rooms have king beds and decor representing the ship’s sailing heyday.

The QE2 was in operation from 1969 to 2008, when it was moved to Dubai. The floating hotel is now located in the port of Mina Rashad.

Daily tours of the QE2 are also being offered to Dubai visitors.