CAA: Heathrow must address concerns over cost of new runway

The UK’s Civil Aviation Authority has raised concerns over the lack of “high quality information” from Heathrow Airport Limited (HAL) regarding the cost of a third runway at the airport.

In a letter to the Department for Transport, the CAA’s chief executive Richard Moriarty said that HAL must address concerns over the cost and timetable for the new runway “decisively and urgently”.

Moriarty said that “The airline community has expressed concerns to us over the last 18 months about the lack of high quality and comprehensive information from HAL on costs and efficiency”, adding that the concerns had not yet been adequately addressed, “despite repeated requests”.

Moriarty recognised that HAL “is still developing its preferred masterplan so some uncertainty is inevitable given the maturity of the design”, but stressed that nevertheless “HAL must urgently and demonstrably rise to our challenge of improving the flow of high quality information on costs and efficiency if it is to secure airline confidence in its ability to deliver on the Secretary of State’s ambition for future airport charges”.

In 2016 Secretary of State Chris Grayling stated an ambition that the scheme would see airport charges kept “as close as possible to current levels”, but Moriarty warned that “a step change in HAL’s provision of high quality cost information is required” to enable the CAA to update its April 2018 assessment of whether HAL’s scheme is capable of delivering this ambition, while remaining commercially financeable.

Moriarty said that “unless there is a significant improvement in this area” the CAA would consider further steps, including “the option of issuing a formal information request to HAL under section 50 Civil Aviation Act 2012 and/or the development of additional licence obligations to require the provision of further detailed information”.

In response a spokesperson for HAL said:

“We continue to engage with all of our stakeholders on our expansion plans and look forward to presenting a detailed preferred masterplan for further public consultation next year.

“We remain on track to submit a planning application in 2020 and for the new runway to open in 2026.”

Last year HAL unveiled new options for expansion at the airport, which it says could reduce the cost of the project by £2.5 billion.

Heathrow landowner The Arora Group has also submitted new proposals for the development of a third runway at the airport, which it says could save up to £6.7 billion. 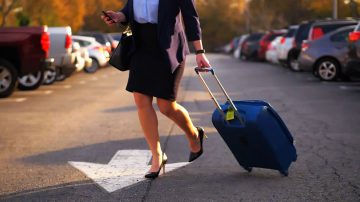