Low-cost carrier Norwegian will make decisions “in the coming weeks” that may see changes to its winter schedule as it embarks on a cost-cutting push, its CFO said yesterday.

Geir Karlsen said the airline was evaluating its whole route programme, including short- and long-haul flights in the coming winter period – traditionally a challenging time for airlines.

Karlsen said Norwegian would be taking out routes that are not performing well enough, shifting capacity and taking out capacity.

Founded in 1993, the airline has grown rapidly in recent years to become the world’s fifth largest low-cost carrier, reporting a profit in July and increasing revenue 33 per cent year on year. It charmed passengers with its incredibly cheap long-haul flights, especially on transatlantic routes, though some complained of shoddy complaint handling.

It has gained an 11 per cent market share of Gatwick’s 50 million annual passengers, regularly offering flights between the UK and US for less than £200. 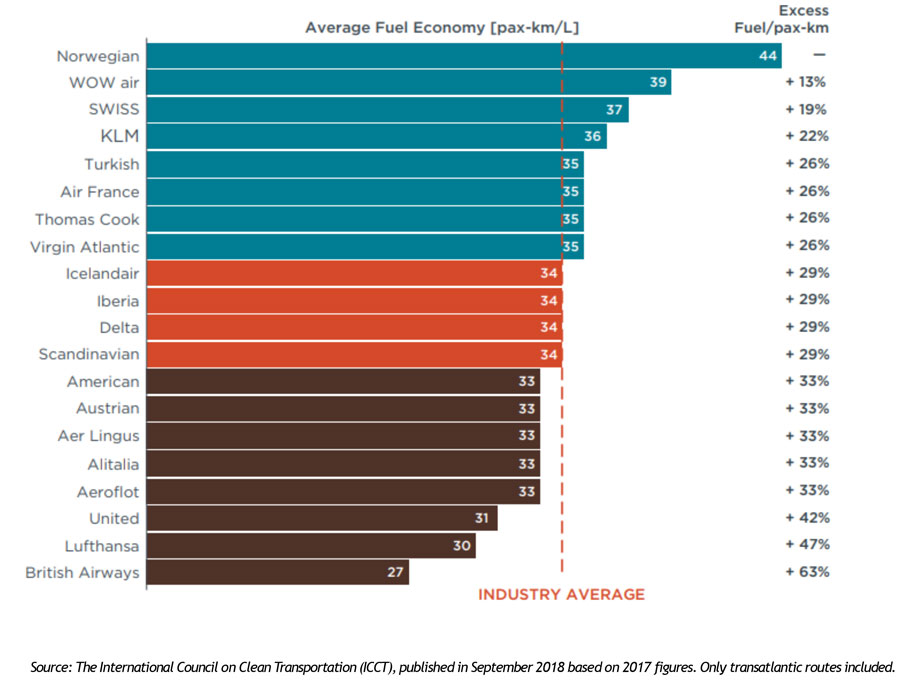 Fleet renewal over the last two years has pushed the average age of Norwegian’s aircraft down to 3.7 years, and it has been named the most fuel-efficient airline on transatlantic routes (see data above), soaring above British Airways which came bottom in the International Council on Clean Transportation ranking.

But its planes still need fuel to fly, and along with airlines across the board Norwegian has struggled with rising oil prices as well as grounded planes due to problems with the Rolls Royce engines on its Boeing 787s.

It expects to spend one billion Norwegian krone (£93.6m) on compensation in 2018, Karlsen said yesterday.

“Without the engine issue our long-haul results would look very different,” he added, announcing an internal cost-saving programme aimed at saving two billion krone (£186.3m) in 2019.

Norwegian shares surged last week when it announced it was in advanced talks with an unnamed partner to help it fund aircraft it has already ordered (and potentially no longer wants). Karlsen said there would be an update on the deal before the end of the year.

In September the airline cancelled its Gatwick-Singapore route and all transatlantic services from Belfast and Edinburgh. It has instead been building up less competitive routes to and within South America.

For now – on its joint venture fleet, route changes and future profitability – Norwegian is keeping both its critics and its cheerleaders guessing. 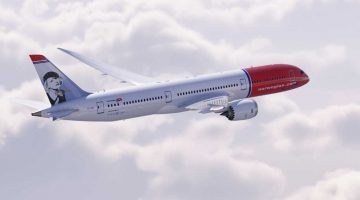