Plans for LaGuardia AirTrain move one step closer to reality 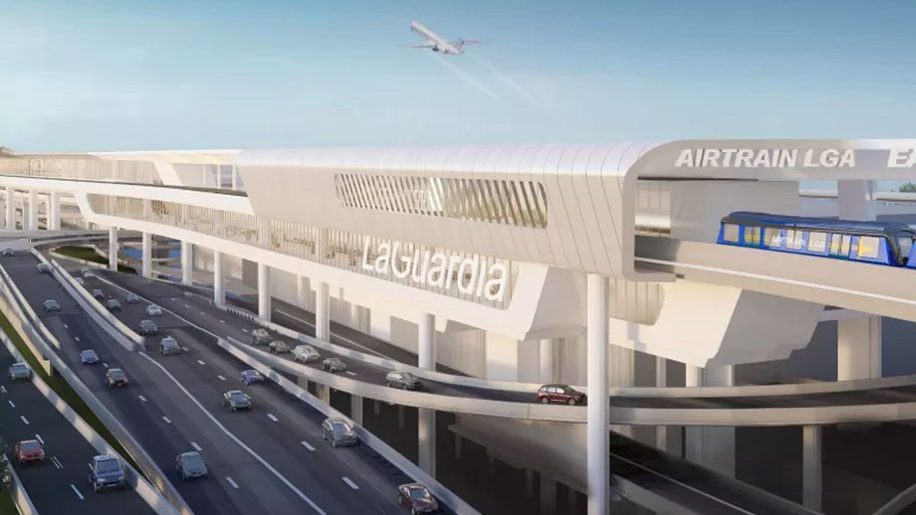 A critical environmental review will soon get underway for a planned rail link between midtown Manhattan and New York’s LaGuardia International Airport.

Curbed reports that the Port Authority of New York and New Jersey has submitted a proposed route for the LaGuardia AirTrain that would transport travellers from the Willets Point station of the Long Island Rail Road and the city subway’s system to the airport.

LaGuardia passengers would have the option of taking the LIRR to or from Penn Station or the 7 subway train to or from Grand Central Station to connect to the AirTrain. The one-way trip would take an estimated 30 minutes.

The elevated AirTrain track would largely follow the course of the Grand Central Parkway and skirt the edge of Citi Field, home of the New York Mets, thus avoiding any need to acquire private land for the project.

The Port Authority contends that the LaGuardia AirTrain will help ease congestion on city streets by transporting an estimated 6.6 to 10 million travellers in its first few years of operation, a number that could grow as high as 12 million by 2045.

Some local environmental groups have signaled objections to the proposed AirTrain route, expressing concerns about the impact of construction and operations on Flushing Bay, which sits alongside a long stretch of Grand Central Parkway.