Leonardo Hotels, a division of Israel’s Fattal Hotels Group, has partnered with a European hotel group to acquire the Midland Hotel in Manchester for £115 million.

Pandox AB will buy the property from real estate investment company Aprirose, while Fattal Hotels Group will take over business operations and operate the hotel through its European division, Leonardo Hotels.

The Midland, which first opened as a hotel in 1903, will retain its name and get a £11 million renovation as part of the takeover.

An iconic and imposing sight in central Manchester, it was initially built to service the city’s railway station.

The four-star hotel has 312 bedrooms, two restaurants – Adam Reid at the French, and Mr Cooper’s – a Tea Room, bar and lounge, 14 conference and meeting rooms, a spa and gym.

Its guestbook has included celebrities, royalty, presidents and prime ministers, including Queen Elizabeth and Sir Winston Churchill. The Beatles were famously refused entry to one of its restaurants for being ‘inappropriately dressed’.

Fattal operates 43 hotels in the UK and Ireland under its Jurys Inn and Leonardo brands, while Leonardo manages a further 180 properties across Europe.

David Fattal, CEO of Fattal Hotels Group, said of the Midland Hotel takeover: “This fantastic acquisition of Manchester’s Midland Hotel represents a huge step forward in our ambitious growth strategy in the UK. The reputation of the hotel speaks for itself and with this, we have the opportunity to further expand and strengthen the depth and breadth of our portfolio.”

Managing Director of Leonardo and Jurys Inn Hotels UK and Ireland, Jason Carruthers said: “With a very experienced management team and dedicated employees, the hotel fits well into our broader portfolio and is in line with our strategy to position the Group as one of the UK’s most significant hotel owner and operators.

“We look forward to working together with everyone at the Midland Hotel to help drive performance and continue to deliver exceptional guest experiences, as we look to retain this great hotel’s status in the heart of Manchester.” 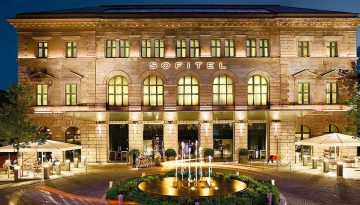 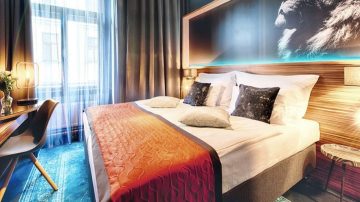