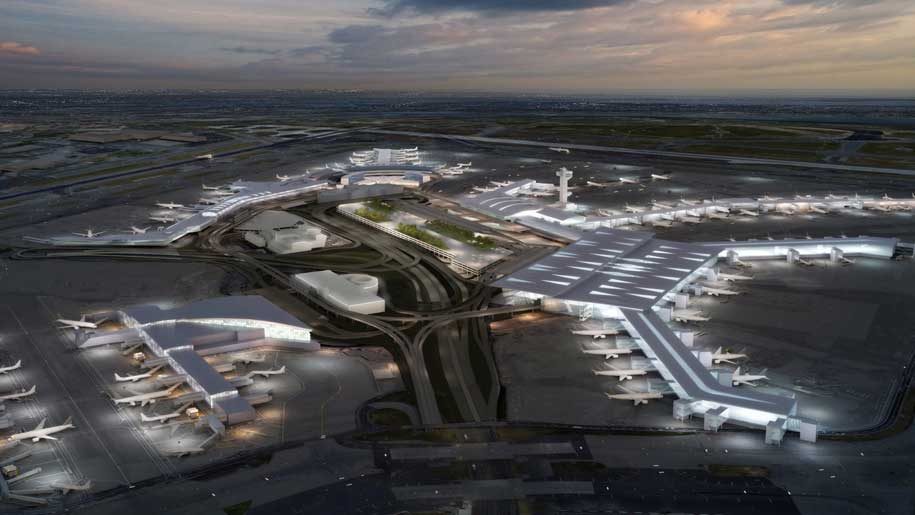 A newly unveiled plan to renovate New York’s John F. Kennedy International Airport (JFK) will include a pair of large international terminals that will push the airport’s passenger capacity from 60 million in 2017 to 80 million by 2035, the New York Times reported October 4, 2018.

New York Governor Andrew Cuomo promised that the project would make JFK — which currently ranks among the lower-rated airports in the U.S. — “one of the finest airports in the world.” 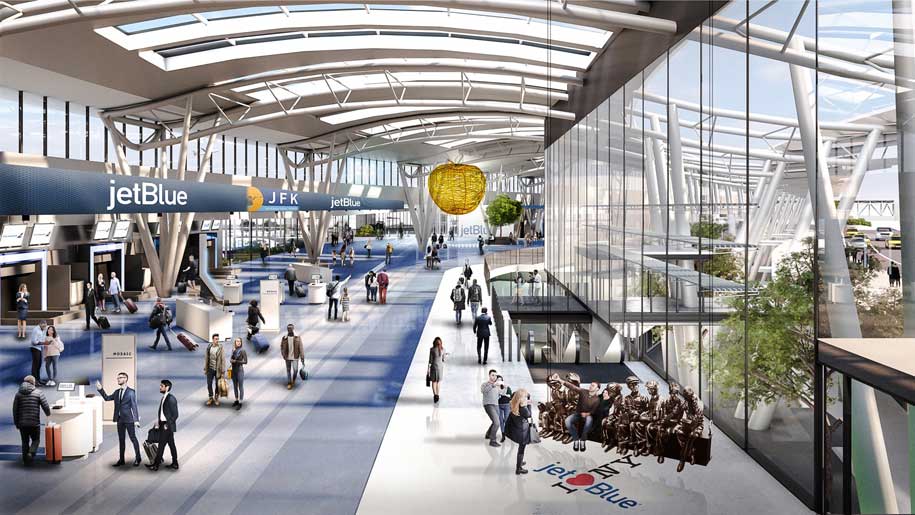 Construction on the $13 billion project is expected to commence in 2020, with the first facilities opening in 2023 and a projected completion date in 2025, the Associated Press reported.

The new international terminals — including a proposal by JetBlue to demolish Terminal 7, also used by British Airways, and another in collaboration by Lufthansa, Air France, Japan Airlines, and Korean Airlines — would replace the current configuration of six smaller, standalone terminals accessed by a “spaghetti” of roadways.

The four airlines would spent $7 billion on a new terminal with 23 gates and 230,000 square feet of shops and restaurants. 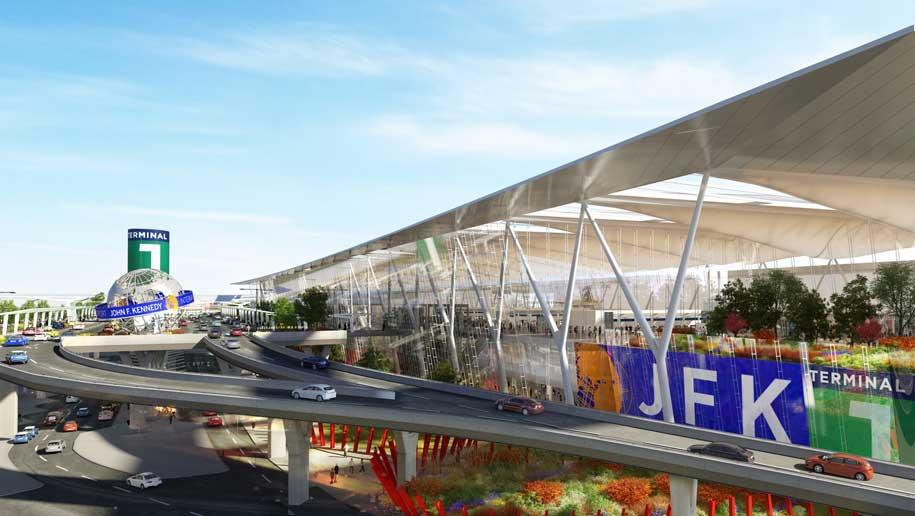 On the airport’s north side, the proposed new $3 billion, 1.2 million square foot terminal developed by JetBlue. will involve demolishing Terminal 7 (48 years old, undersized and functionally obsolete) and combining it with the vacant space where Terminal 6 was demolished in 2011 to create a an international terminal complex that would be connected to the airline’s existing Terminal 5 and be occupied by the airline and its various partners (including British Airways) currently spread throughout the airport. Terminal 5 opened in 2008 and is the newest of JFK’s current six terminals.

Construction is expected to begin in 2020 with the first new gates opening in 2023 and substantial completion expected in 2025.

“There are more steps to go but ultimately the goal is to have all of the passenger facilities interconnected,” Rick Cotton, executive director of the Port Authority of New York and New Jersey, said.

Critics noted, however, that the project would do nothing to alleviate JFK’s chronic delays because it includes no provision for building new runways. Cotton said that additional capacity could be addressed by flying bigger planes and improvements in air-traffic control.