Southwest Airlines has dropped a $2 fee for in-flight text messaging and will now allow passengers to send free messages via WhatsApp and iMessage — as long as travellers have these apps on their phone or mobile device prior to boarding.

CNBC reports that the free service is being introduced on Southwest planes equipped with wifi. Southwest will continue to charge an $8 fee for in-flight wifi, but that won’t be required to send texts.

Southwest passengers can check the onboard entertainment portal to see if free texting is available on their flight.

Texting and email remain the primary ways for passengers to communicate onboard. Airlines have long resisted allowing travellers to make phone calls during flights, and the US Congress recently drafted a bill reauthorizing the Federal Aviation Administration that continues a ban on in-flight calls.

Texts can only be sent via texting apps, not SMS based services. 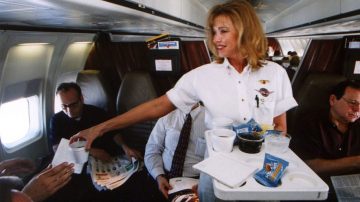