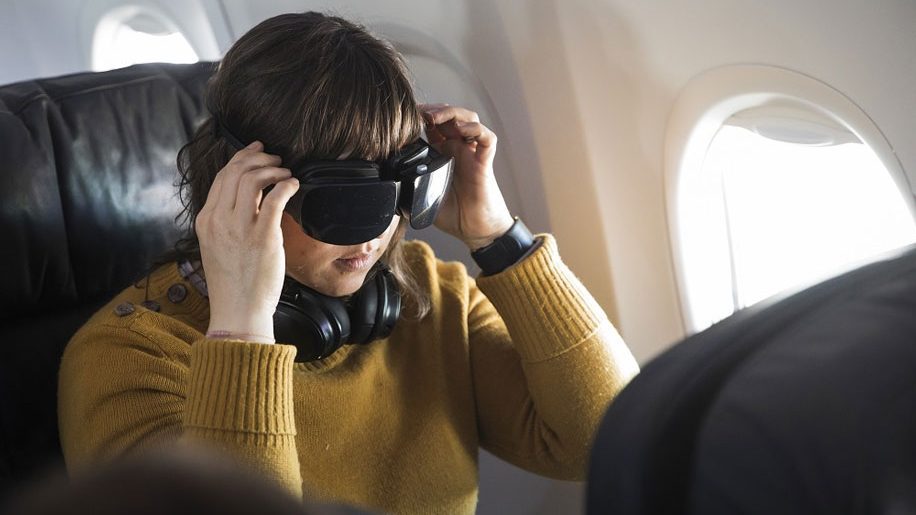 Whether you’re a nervous flyer or just looking for a new in-flight entertainment option, Alaska Airlines wants to transport you out of the cabin and into new worlds of virtual reality (VR).

The airline has announced that it is partnering with SkyLights, which provides airlines with immersive VR technology, and offering First Class passengers on ten flights between Boston and Seattle and Boston and San Diego the opportunity to test out VR headsets.

“Wearing the headset is comparable to having a personal movie screen in front of you. When paired with noise-cancelling headphones, it’s easy to feel like you’re at the movie theater instead of flying,” said the airline.

In addition to exploring virtual landscapes, passengers can watch 2D and 3D movies with the headsets, including Three Billboards Outside Ebbing, Missouri; Ready Player One; and Ferdinand.

“We’ve made no official commitments to pursuing VR long-term, but this trial will help us shape our future strategy,” said David Scotland, Alaska Airlines’ manager of inflight entertainment and connectivity.

The French technology company also has a deal to provide its VR headsets to First Class rail passengers traveling on TGV France-Italy.