The Uber app has been updated to add some new protections when rides are unexpectedly interrupted as well as a “panic button” for drivers when they need to call police.

The new Ride Check feature sends an alert to Uber drivers and passengers when an unplanned stop is made, whether that’s due to a crash or other causes — a tool that could help protect travellers in the event of an attack by drivers, or vice versa.

“This technology can … flag trip irregularities beyond crashes that might, in some rare cases, indicate an increased safety risk,” according to Uber.

“For example, if there is a long, unexpected stop during a trip, both the rider and the driver will receive a Ride Check notification to ask if everything is OK. They can let us know through the app that all is well, or take other actions like using the emergency button or reporting the issue to Uber’s critical safety line.”

All Uber drivers in the US and Canada will now have access to the Safety Toolkit feature, which allows for direct calls to 911 via the Uber app.

Uber also announced plans to launch voice activation for hands-free use of the app by drivers and said it would further protect passengers by concealing rider pick-up and drop-off addresses in Uber drivers’ trip history. 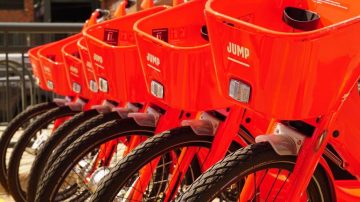