The question must be asked because Indonesia’s national airline has removed nonstop flight inventory for Jakarta-London beyond October 28.

Details of the changes were reported yesterday by routesonline.com.

When Business Traveller checked the Garuda website only details of connecting services via Amsterdam were displayed at the start of the winter schedules.

Although Garuda has yet to issue an official statement the news will be a blow to the many UK travellers who will be planning trips to Asia and Australia towards the end of this year.

The carrier upgraded its Jakarta-London route to a nonstop service only last year.

Although Garuda will continue to serve Europe it appears this will be from Amsterdam rather than London Heathrow. Garuda will be relying on Dutch airline KLM to take its UK-originating passengers to Amsterdam.

Indeed, for historical reasons, Amsterdam has been Garuda’s traditional European gateway and that it where its (European) head office is based.

Why? Simply because Amsterdam offers far better connectivity to the UK regions than does London Heathrow. Consider that KLM serves over 20 UK regional airports from Amsterdam. From Heathow British Airways and Flybe cover only a handful.

The news, if and when confirmed, should not come as a surprise.

As Business Traveller reported last year Garuda had started to economise by downsizing premium seating ex-Amsterdam and by cutting the number of its London flights.

And aviation consultancy CAPA reported that Garuda was deferring deliveries of new aircraft and instead would work its existing fleet harder.

Non-stop flights between Jakarta and Europe are demanding on aircraft utilisation and, equally important in today’s higher prices, are fuel-inefficient. 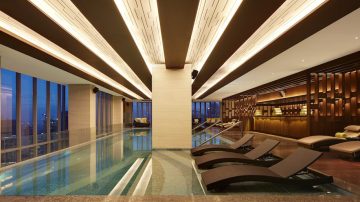 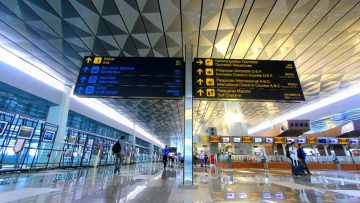