Loganair is to operate flights between London City airport and the Isle of Man on behalf of British Airways from next month.

The wet lease agreement will take effect from September 1, when BA’s current contract with Eastern Airways ends. The route will be served by 50-seater Saab 2000 aircraft.

Scottish carrier Loganair relaunched as an independent airline in September 2017, following the end of a longstanding franchise agreement with Flybe.

Loganair and British Airways already codeshare on routes to and from the Scottish Highlands and Islands, connecting onto domestic services at Inverness, Edinburgh, Glasgow and Aberdeen.

“We’re delighted to enter into a partnership with Loganair, the two companies have had a business relationship for over quarter of a century.

“The new lease agreement will ensure customers in the Isle of Man have a punctual and reliable service to London City Airport on three daily services, with onward connections to 31 destinations operated by British Airways direct from the Docklands airport.’

“We’re very much looking forward to expanding our partnership with British Airways through this new arrangement to operate the Isle of Man’s flagship service to London City.

“I’m also pleased that Loganair will continue to support important jobs in the community through the local employment of pilots and cabin crew in the Isle of Man to fly the route.” 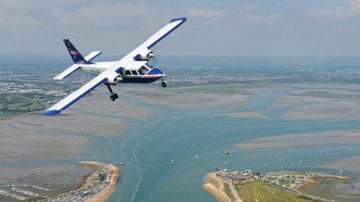