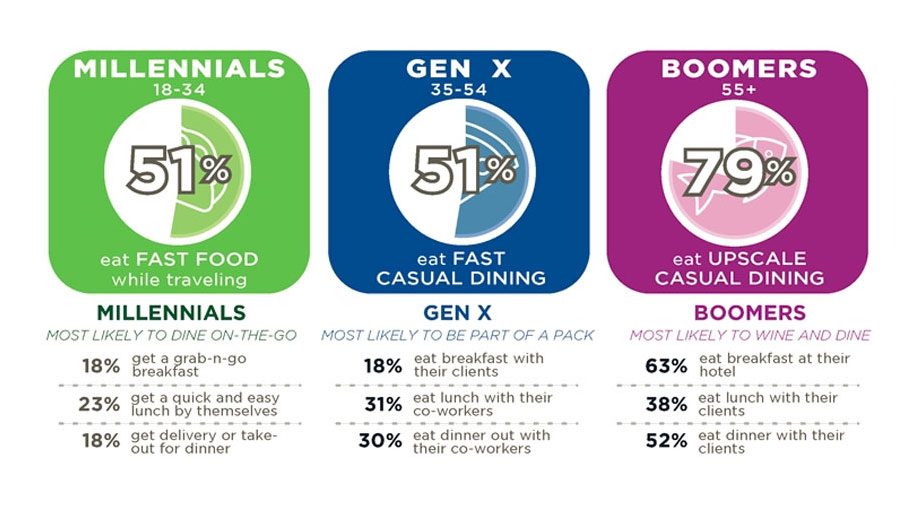 A new report on dining and expensing by the Global Business Travel Association (GBTA) found that millennial employees are more likely to order takeout and more hesitant to run up room-service bills than their older colleagues.

Younger workers are also more apt to look askance at small indulgences like ordering snacks and coffee, even when their corporate travel policies permit such expenses.

Employees who are part of the Baby Boomer generation are the most likely to splurge on client dinners, according to GBTA, while Generation X members tend toward group dinners with colleagues.

“The research reveals that clear generational differences exist when it comes to preferences around dining out while travelling for work. For travel buyers considering a preferred dining programme, it’s important to make sure the programme you choose meets the needs of all of your travellers,” said GBTA research director Jessica Collison.

The report found that 38 per cent of business travellers said their companies have a preferred dining program, and 37 per cent said they would be interested in having one.

Millennials were especially interested in preferred dining programmes tied to a rewards programme, especially if it included a mechanism for donating rewards points to charity.