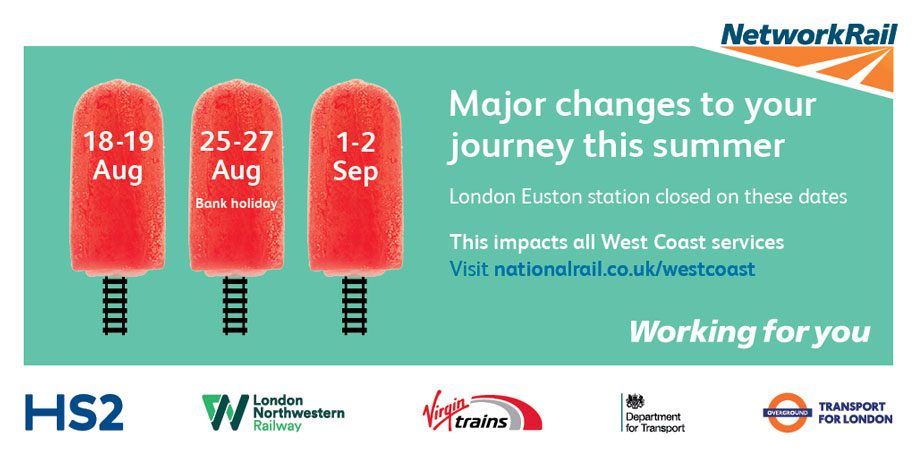 Travellers using the West Coast mainline should note that Euston railway station will shut for the next three weekends in a row, while Network Rail replaces North Wembley Junction.

The station will be shut to passengers on the weekends of August 18-19, August 25-27 (the bank holiday weekend), and September 1-2, although note that shops will remain open, as will access to the London Underground at the station.

Describing the junction at North Wembley as “a major intersection on Europe’s busiest mixed-use railway”, Network Rail said that replacing it “will mean passenger and freight users will benefit from better, more reliable journeys in future”.

The UK’s rail infrastructure manager said that the job “requires shutting the line”, adding that the weekends chosen for the closure were “the least disruptive time to do this work”.

The shutdown will impact all services on the West Coast main line, including trains serving:

Rail replacement buses will be in operation, and passengers are advised to visit nationalrail.co.uk/westcoast, and to consult the relevant train operator’s website. Virgin Trains and London Northwestern Railway both operate from the station.