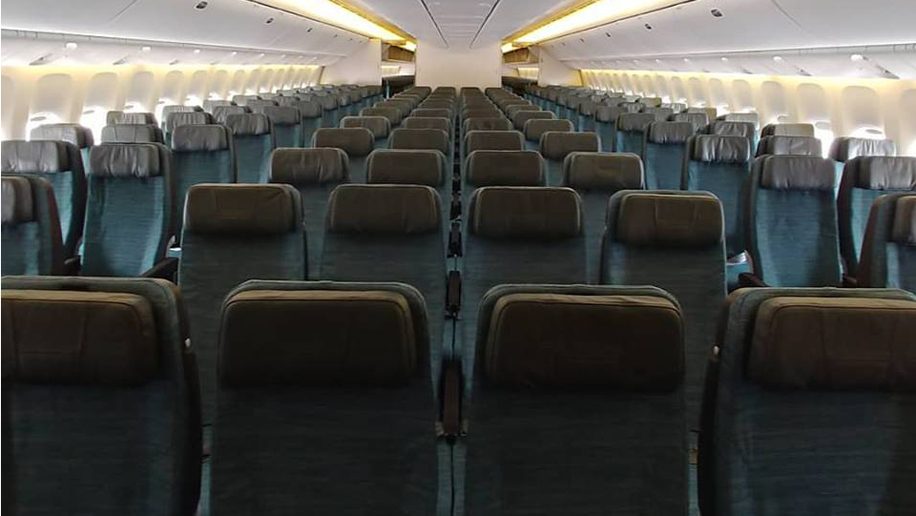 As Business Traveller has reported several times, Cathay Pacific is joining the ten-across economy club for its large B777-300ER fleet.

If the truth be told the Hong Kong-based airline has had little choice in the matter.

Most rivals have already adopted ten-across seating for their B777s or are in the process of doing so.

It means unlike Cathay Pacific they enjoy cost-efficiencies on busy routes to Europe, the Middle East or North America.

With the introduction of ten-across seating, not only must Cathay Pacific cabin crew and passengers make do with less space (to move around the cabin) but because the number of cabin staff has remained unchanged, despite the extra seat count, they must also work much harder.

From the passengers’ viewpoint this means a slower meal service.

According to Hong Kong’s Standard “some cabin staff have complained that when the flight is full they have to spend three hours completing the meal service which is 30 per cent longer than before”.

In response Cathay Pacific is quoted as saying, “The seating configuration on a B777 has become the industry standard.  It is not new to the market as many other international airlines have already adopted it.”

Fortunately for passengers the bulk of Cathay Pacific’s B777-300ER fleet will retain the nine across 3-3-3 economy layout for some time to come.