Delta One Suites are coming to yet more Tokyo routes 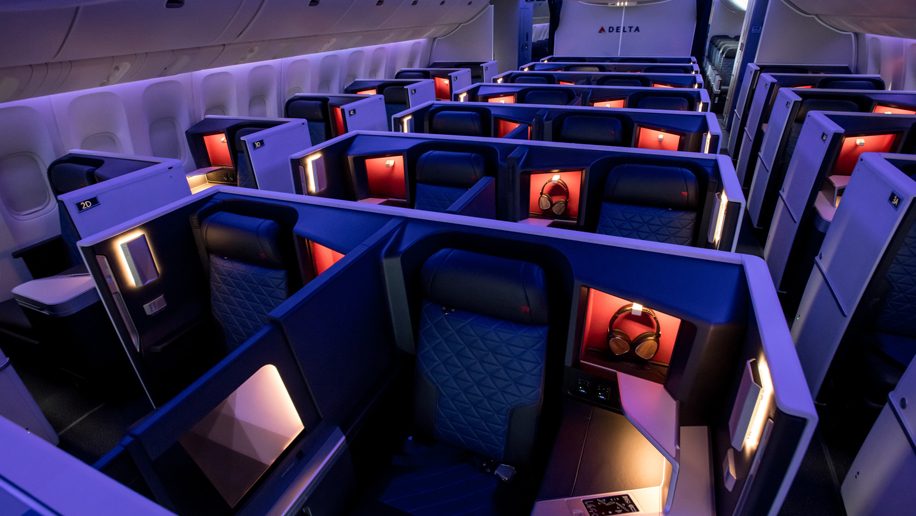 Delta Air Lines is upgauging aircraft on four of its Tokyo routes starting this winter with both its new Airbus A350-900 and recently revamped Boeing 777s set to take over.

Business Traveller was alerted to the change of equipment by industry website routesonline.com and has confirmed the upgauges on Delta’s online schedule.

The US airline has been undergoing a retrofit of its 777 fleet to outfit them with its latest seat products and the aircraft upgauge notably means the airline’s newest business class seat product, the enclosed Delta One Suite, will become available to travellers.

The Delta One Suite first debuted in November last year on Delta’s Detroit-Tokyo Narita route with its first A350. These seats are laid out 1-2-1 on both the A350 and retrofitted B777s and recline to offer fully flat beds.

The first of Delta’s Tokyo service to see a new aircraft will be its Minneapolis/St Paul-Tokyo Haneda flights, which will be taken over by its revamped 777-200/777-200ER starting November 16 this year.

This will be followed by Atlanta-Tokyo Narita, which will be getting the 777-200/777-200ER from March 1, 2019. Business Traveller previously reported that the A350 would be taking over this route from Delta’s 777-200LR – these are also being retrofitted with new products – starting March 31 next year, though the date and aircraft now appears to have changed.

On the same day, the A350 is scheduled to take over Delta’s Seattle-Tokyo Narita flights, replacing the current Boeing 767-300. Meanwhile on March 31, Los Angeles-Tokyo Haneda will also be getting the A350, replacing Delta’s A330-300 aircraft.

Along with the Delta One Suite in business class, the A350 and retrofitted B777s also feature a Delta Premium Select (premium economy) cabin.

Delta has been focusing its attention heavily on Asia recently, with its Asia-Pacific hubs in Tokyo and Seoul in South Korea seeing aircraft upgauges and new routes.

Notably, the US carrier recently announced it would begin a new non-stop service between Seattle and Osaka starting April 1, 2019. However, this news was unfortunately accompanied by the revelation that its Seattle-Hong Kong service – the carrier’s only flights serving the Chinese city – would cease to operate as of October 4, 2017.