The prospect of budget priced rail travel between London and Paris has moved a step closer.

Channel Tunnel operator Getlink (formerly Eurotunnel) commissioned a 100-page study, which concluded there is a viable market between the two capitals for a low-cost train operator.

Currently all rail services linking the two cities are monopolised by Eurostar which has operated the route since 1994. In the past 24 years, while capacity has increased, the service pattern has remained largely unchanged.

But as France’s SNCF (the majority owner of Eurostar) has found to its cost with the TGVs (whose carryings on some routes have declined thanks to airline/bus competition) not everyone needs to dash between cities at 300 km/h. And neither is every passenger prepared to pay a premium for the TGV.

SNCF’s solution was to introduce Ouigo (a budget TGV aimed at millennials) and for Paris-Brussels route it (along with Belgian Rail) operates IZY.

In previous articles for Business Traveller I suggested that Eurostar introduce a low-cost option.

Like Ouigo/IZY it would operate from out-of-town stations (just like Ryanair) and it would use the classic route in France to avoid the cost of using the high-speed line used by Eurostar.

Why use a Paris terminus which is outside the centre? Quite simply it’s not just a matter of cost of using a prime terminus. Paris Nord is congested. When there’s disruption this leads to overcrowding and confusion as Eurostar passengers discovered yet again last Sunday.

The Getlink survey believes that a low-cost train service could be carrying two million passengers annually within five years of launch.

Getlink would benefit because the extra trains would provide it with additional annual revenue of up to €285 million (in toll fees).

My millennial son finds that although Eurostar does have some cheap tariffs these are almost unobtainable unless you book weeks if not months ahead and avoid weekend travel.

Millennials are not prepared to do this. So like my son they take the overnight bus.

Ironically SNCF (the rail operator, remember) meets this demand with its own bus service branded Ouibus. Journey time is seven hours 15 minutes, with one-way fares from €25.

When I sought comment from Eurostar it had little to say other than it is constantly seeking new opportunities.

Eurostar holds the key to any budget service. It has the correct trains and the connections with SNCF and France’s rail infrastructure.

So why cannibalise its existing services? What about a newcomer?

The answer lies in the fact that a new rail firm would need to have the correct trains for the Tunnel (as Deutsche Bahn found to its cost). It would also have to deal with the SNCF rail unions who would be not be happy to see their company face competition from a new rail company.

Readers may question this remark if they have seen France’s (La Poste) TGV and Deutsche Bahn’s ICE at St Pancras. What is not generally realised is that both trains were towed between Calais and London by one of the Tunnel’s diesel locos. They were not allowed to operate under their own power. 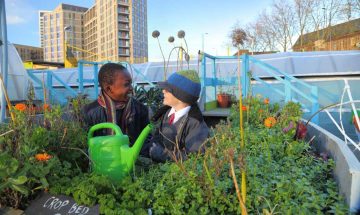