A little over a week after the launch of its new flights to Edinburgh and Dublin, and Hainan Airlines looks to be giving its new route an upgauge with flights set to be taken over by its Boeing 787 Dreamliner aircraft starting next month.

The Chinese carrier launched the service last week using an alternating routing that sees it fly Beijing-Edinburgh-Dublin-Beijing on Tuesdays and Saturdays, and Beijing-Dublin-Edinburgh-Beijing on Thursdays and Sundays.

Currently, Hainan Airlines’ two-class Airbus A330-300 operates the route. As previously reported by Business Traveller Asia-Pacific, these appear to be its older A330-300s equipped with its staggered 1-2-1 forward-facing fully flat seating (pictured above) rather than one of its newer variants with a new 1-2-1 herringbone fully flat seat.

However, the route appears set to be taken over by its B787-9 Dreamliner aircraft from July 1 to July 19 this year, before switching over to its older B787-8 aircraft from July 20 to October 27, 2018. Business Traveller was alerted to the news by airlineroute.com and has confirmed the change of equipment on the airline’s schedule.

Hainan Airlines did begin rolling out a new layout for its B787-9s back in May 2017 that features 30 herringbone Zodiac Cirrus 3 seats in a 1-2-1 configuration, however this retrofitted variant does not look to be taking over the Edinburgh/Dublin route.

Window-seat passengers on will therefore have to clamber over their neighbours in order to reach the aisle, something they don’t currently have to do in the A330-300.

That being said, it’s not all bad news as the Dreamliners’ business class seats do offer more legroom – 74 inches of pitch compared to the A330-300’s 64 inches. 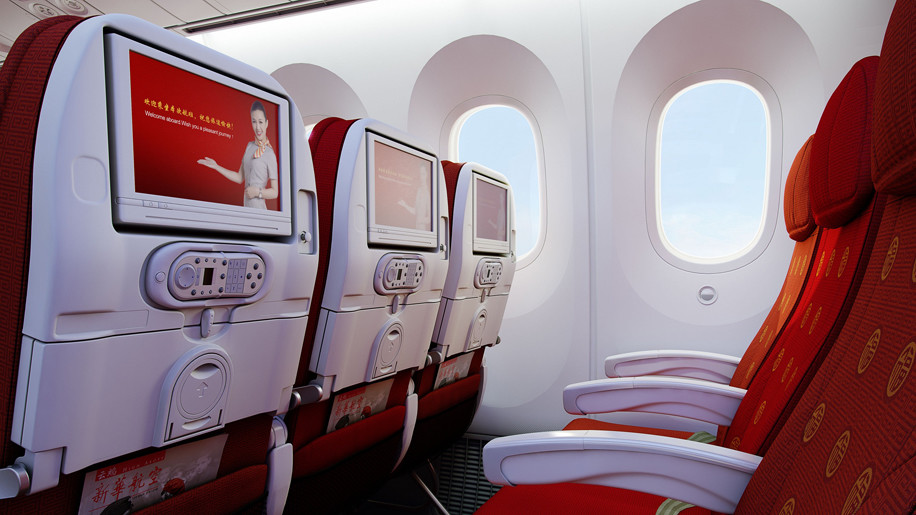 For economy class travellers, the main change is in configuration, with the Dreamliners both laying out the cabin in a 3-3-3 format as opposed to the A330-300’s 2-4-2.

As for what will happen after October 27, this remains to be seen. While the route was launched as a year-round service, beyond this date it does not appear on the airline’s schedule and ticket booking is unavailable.

Hainan Airlines now operates services to four points in the UK and Republic of Ireland, including London Heathrow and Manchester.