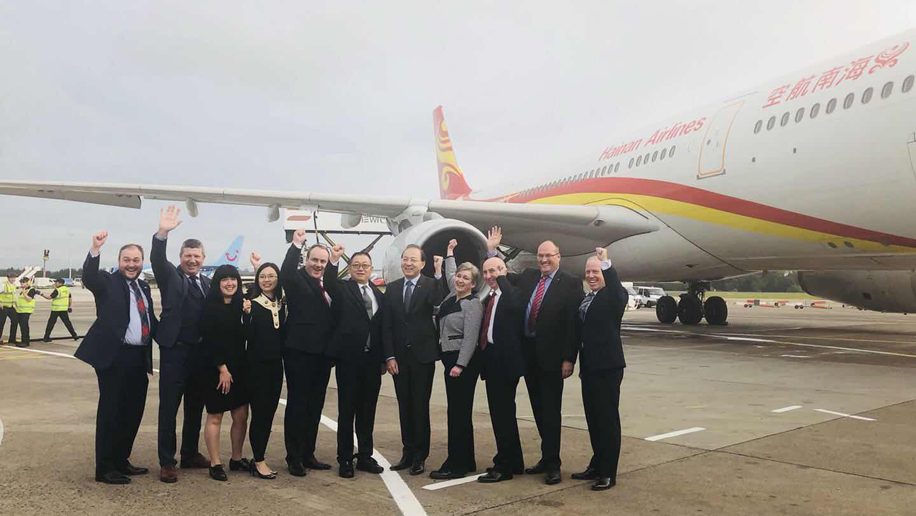 Hainan Airlines has given both Edinburgh and Dublin their first non-stop connections with mainland China with the launch on Tuesday of its new four-times-weekly service between Beijing and the Scottish and Irish capitals.

As previously reported by Business Traveller, the service takes a rather curious three-way routing that alternates between flying non-stop to and from either Edinburgh or Dublin depending on the day of the flight.

Of the four weekly flights, those on Tuesdays and Saturdays will operate Beijing-Edinburgh-Dublin-Beijing while flights on Thursdays and Sundays will go Beijing-Dublin-Edinburgh-Beijing.

Despite these different routings, the schedules for all four days are the same. Flights take about 12 hours flying the long-haul leg to and from Beijing, and just over an hour between Edinburgh and Dublin.

Hainan Airlines’ Airbus A330-300 aircraft is serving the route.

Hainan Airlines did begin taking delivery of 11 A330-300s with a new 1-2-1 herringbone business class seat (pictured below) back in December. 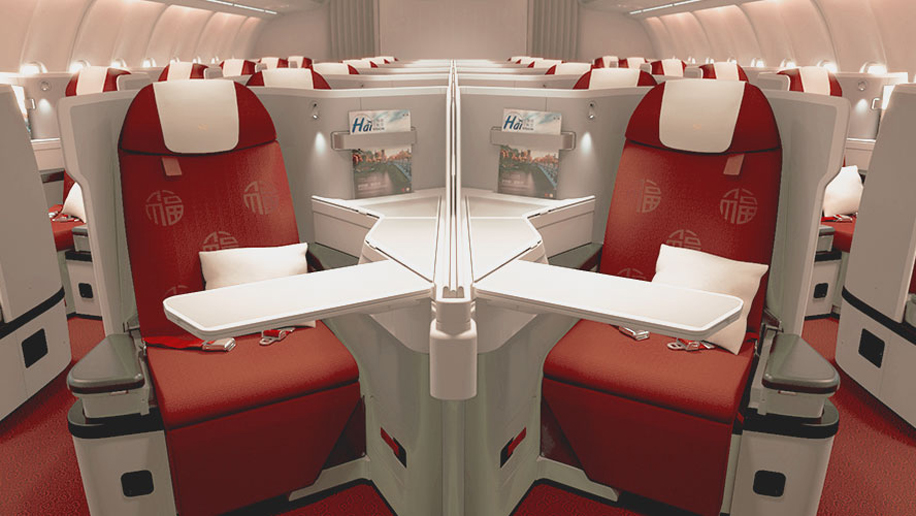 Unfortunately, it looks as though it is one of Hainan Airlines’ older A330-300s that is flying the new route. These offer an older seat product in business class (pictured below) that is laid out in a staggered 1-2-1 configuration (though Hainan Airlines describes it as 2-2-2) with aisle seats alternating between A/C and H/K.

Hainan Airlines now operates services to four points in the UK and the Republic of Ireland, including London Heathrow and Manchester.

Back in March, the airline launched its latest route to the UK capital, connecting London Heathrow with Changsha in China’s Hunan province. 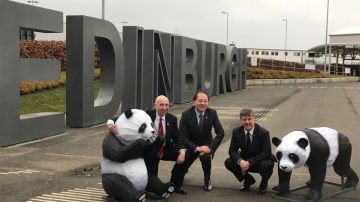 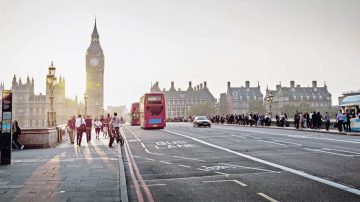