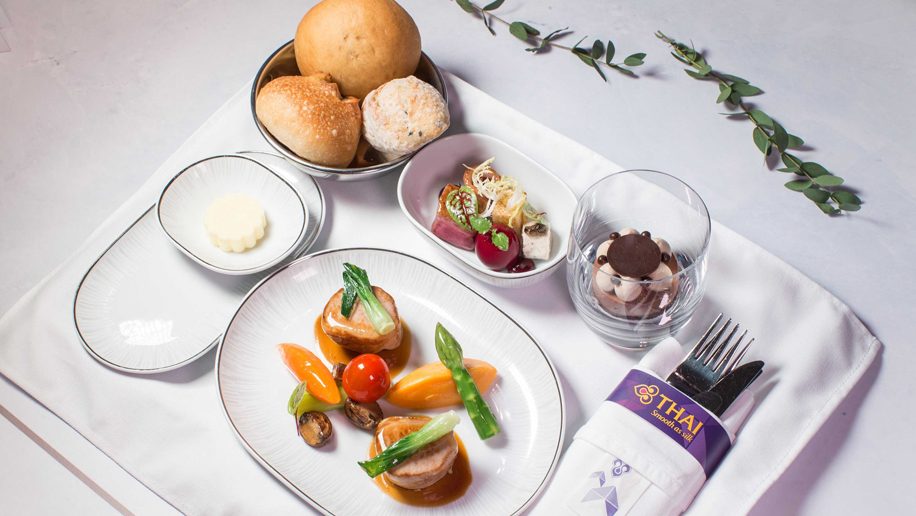 The menus on Thai Airways’ flights from Taipei to Bangkok have been given the five-star treatment with a new series of dishes developed in collaboration with the Mandarin Oriental, Taipei now being served to business class passengers until the end of August.

Passengers travelling in Royal Silk Class on the airline’s TG633/TG635 flights departing Taipei between now and August 31, 2018 will see a total of six new menus developed in collaboration with Adam Tanner, executive chef at the Mandarin Oriental, Taipei.

Each of the new dishes has been inspired by those served at the hotel’s Michelin-starred Chinese restaurant Ya Ge, as well as the Michelin-recommended Italian restaurant Bencotto.

The six menus have been divided into three “cycles” that will rotate every month, each offering a Western and an Asian menu.

Both Flight TG633 and TG635 fly daily, with the former departing Taipei in the afternoon and the latter in the evening.

However, it’s worth noting that Thai Airways’ third daily service out of Taipei – its early morning TG637 – doesn’t appear set to see the new menus.

Loading comments...
Read Next
Level to switch from Oakland to San Francisco International
Read Previous
Frequent business travel could literally be killing you
Our Awards