Air New Zealand and Qantas to codeshare on 115 domestic routes

Under the new partnership, Air New Zealand will add its code to up to 85 domestic routes operated by Qantas, while the Australian carrier will place its code on up to 30 routes operated by Air New Zealand. Access to a total of 36 domestic lounges will also become available once codesharing begins, and both carriers will coordinate on check-in and baggage handling at airports in order to reduce connection times.

The agreement follows the surprise announcement from Air New Zealand back in April that it would be terminating its trans-Tasman partnership with Virgin Australia, which is also set to come into effect on October 28.

Since then, the former partners have become rivals, with each announcing new services across the Tasman Sea. This included two new services to Brisbane by Air New Zealand, and new Wellington and Queenstown flights from Virgin Australia.

“While the two airlines will continue to compete very strongly across all markets, Air New Zealand and Qantas are known for having a commitment to innovation, customer service excellence, operational performance and safety,” said Christopher Luxon, CEO of Air New Zealand.

“We are confident that our respective customers will enjoy the reciprocal benefits on both sides of the Tasman.”

Tickets for the new codeshare services are expected to go on sale by the end of July this year. 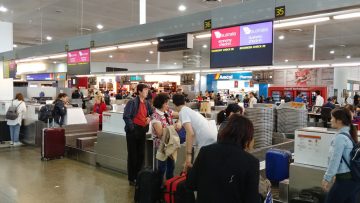