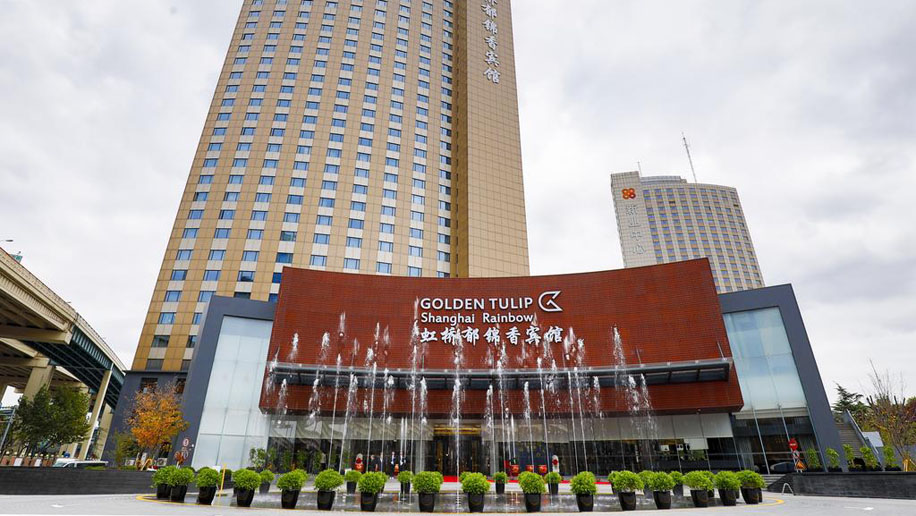 Following the completion of its rebranding and renovation in November last year, the former  Rainbow Hotel in Shanghai has now adopted an even more colourful name with Golden Tulip Shanghai Rainbow.

Now, the hotel is the flagship property of the Golden Tulip brand, described as offering a “playful outlook on life, work and travel enriched by local culture”, operating under the French Louvre Hotels Group that was acquired by Shanghai-based Jin Jiang International in February 2015.

The hotel is located in Shanghai’s Hongqiao development zone, and can be reached from Hongqiao International Airport within a five- to 10-minute drive. 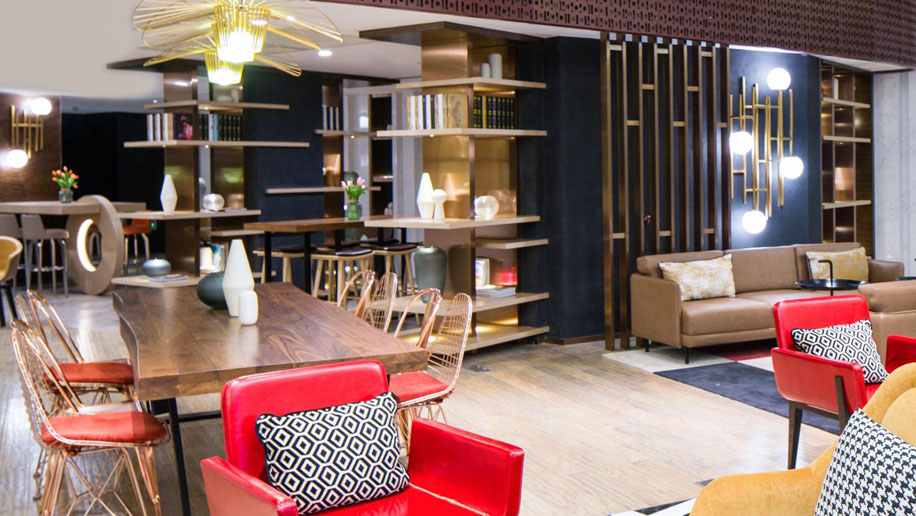 The lobby is modern and provides a lot of space for socialising, notably in the co-working lounge area Coffee & Co, which has a variety of seats and tables suitable for casual business meetings or friendly catch-ups. The space also functions as a cafe, with croissants, brioches, muffins and French bread available in the morning, and French pastries in the afternoon. 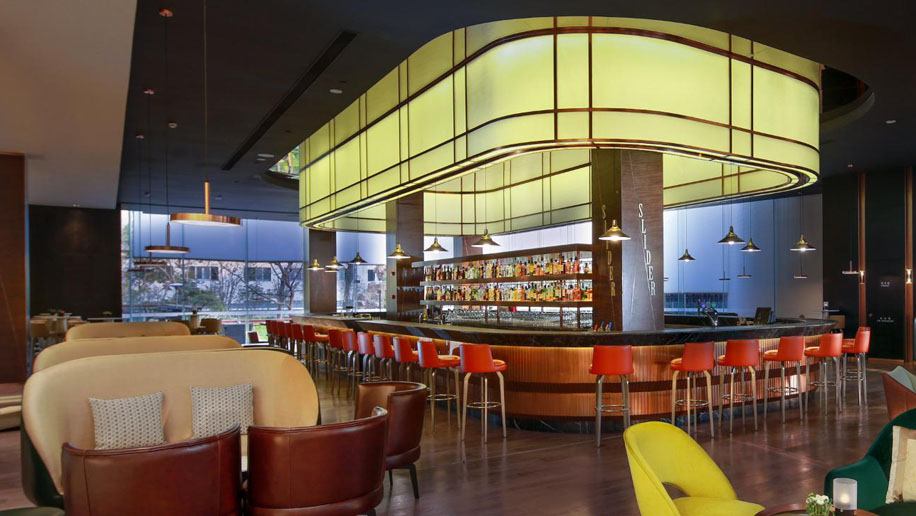 The lounge is also home to the Slider Bar & Lounge located on the right-hand side, offering cocktails and soft drinks. Floor-to-ceiling windows overlooking the garden at the rear of the hotel offer a nice view while having a drink.

Meanwhile if you prefer premium champagne and wine over cocktails, The Cork located next door houses a wide selection (this is also the location for the hotel’s happy hour for the time being while renovation of the executive club is finalised). 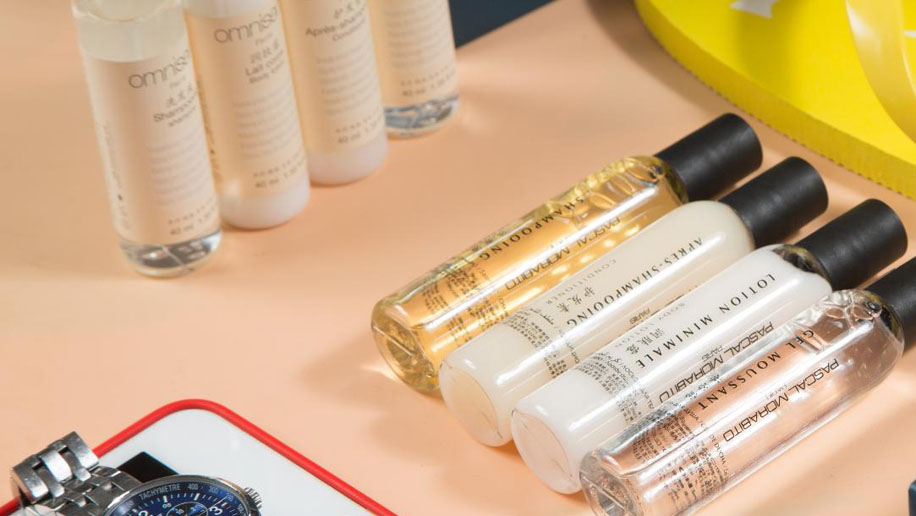 Guests that book an executive room can make use of the private check-in area behind the front desk. You can also pick up one of two different bath kits from French brand Pascal Morabito at the Body Care Bar that you can bring back to your room.

The hotel’s fun, lifestyle focus can even be seen with the key cards and luggage tags, with puns such as “The key…to happiness” and “I’m lost without you” printed onto them. 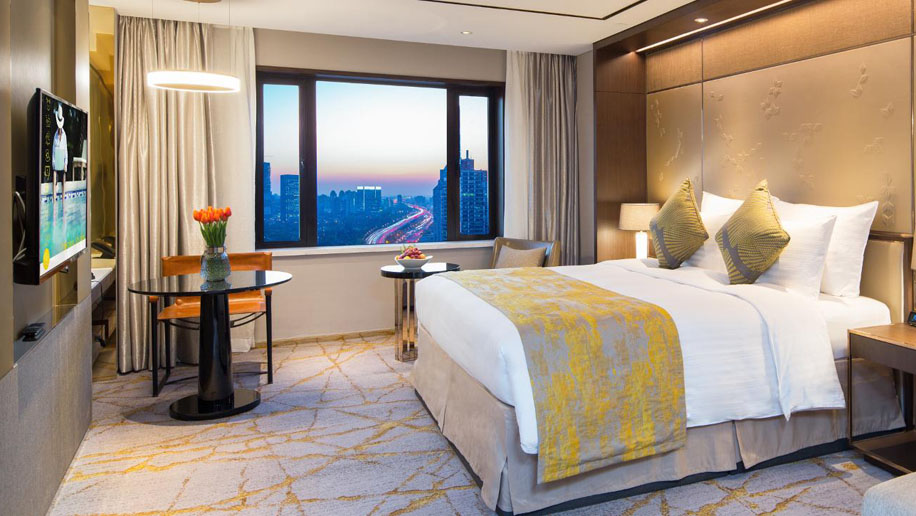 The 30-storey hotel has 600 rooms in total, ranging from 25 sqm Superior Rooms to 75 sqm Executive Deluxe Suites. Rooms have been designed with a light colour tone that gives them a cozy feel, though there are a number of playful touches as well. These include an orange film director’s chair placed behind the work desk; three cups of different sizes with the words “The Little Guy”, “The Middle Manager” and “The Big Boss” on them; and a yellow umbrella sporting the words “operating under cover”. 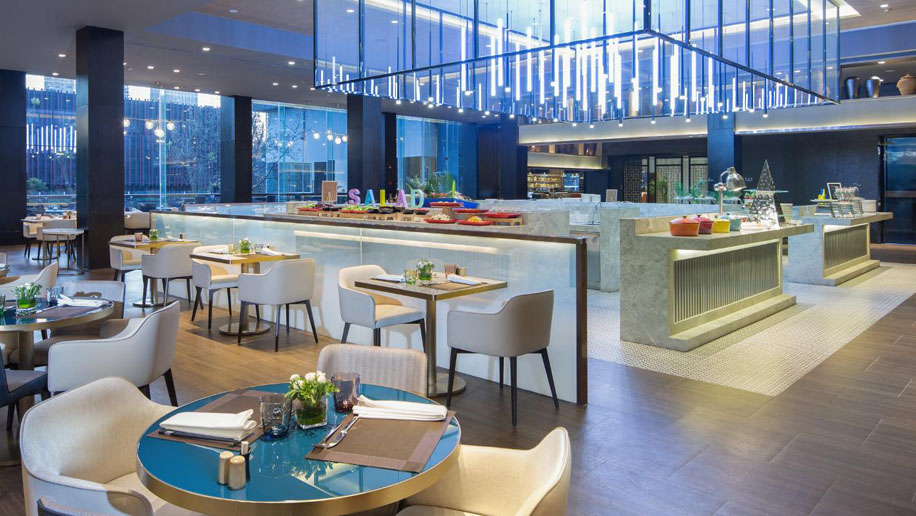 Golden Tulip Shanghai Rainbow has a number of F&B options. The primary dining venue is all-day-dining restaurant Tastes on the level 1 that serves breakfast, lunch and dinner. However, the hotel also has a Japanese restaurant, Unashabu, on the same floor and a Cantonese restaurant, Tang Palace, on level 2 that also comes with 14 private dining rooms. High-end French restaurant L’atelier Quartier on the top floor has yet to open its doors but is expected to do so soon, at which point it will offer five starters, main courses and desserts to choose from every day. 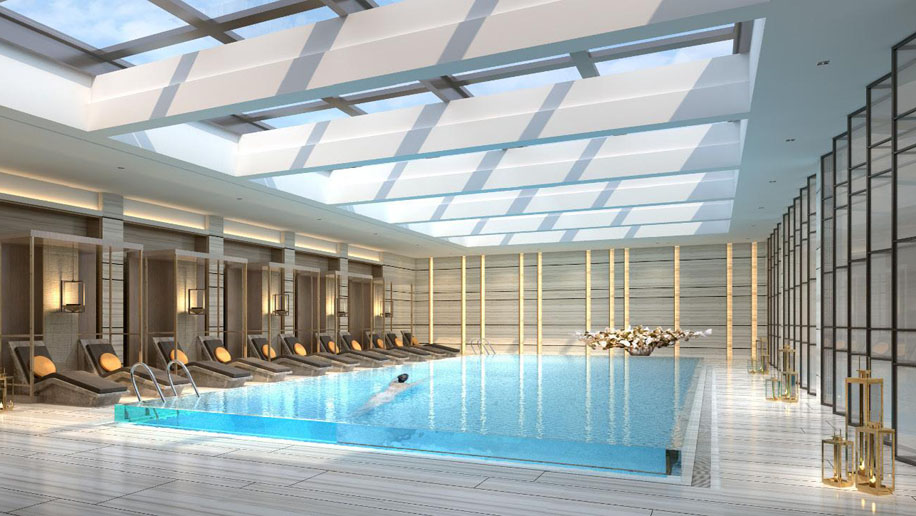 The hotel’s leisure facilities are located on level 3 and comprise a gym as well as an indoor pool beneath a glass ceiling. Executive room guests can also make use of the laundry room free of charge, which also has a waiting room next door. 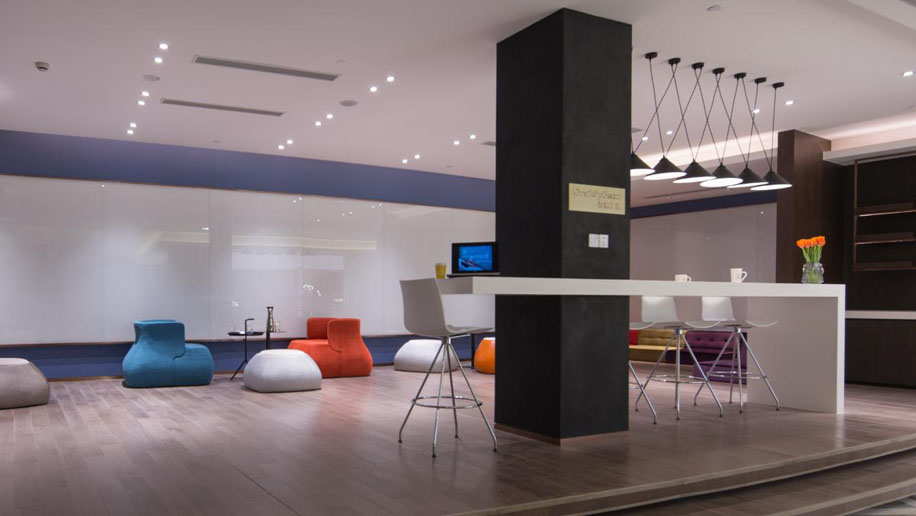 Event spaces are located on Level 2 and cover a total area of 1,200 sqm. The Tulip Ballroom is the largest of these, covering 700 sqm and featuring a 30 sqm LED screen. There is also the Creativity Room that features a blackboard, whiteboard and big cushions for more casual brainstorming, while the nearby public area has table tennis and foosball tables. 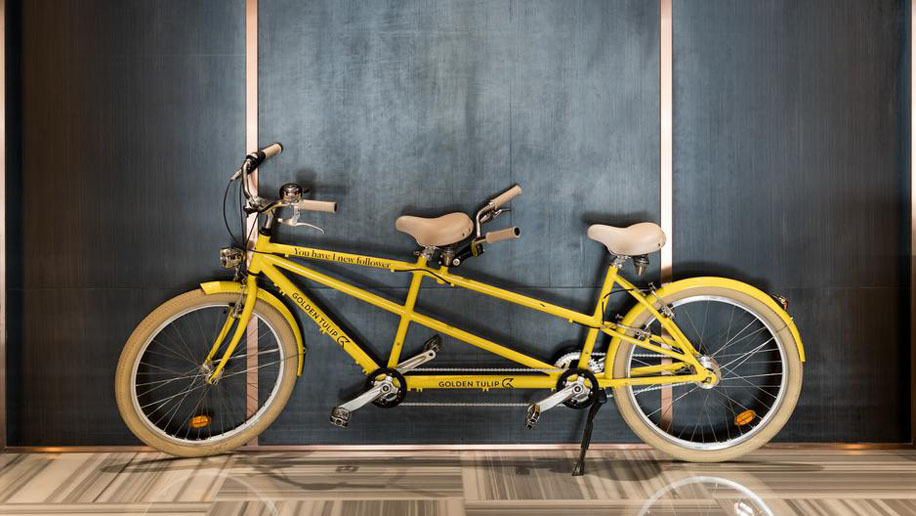 Guests wanting to explore the city at their own leisure can make use of the hotel’s bicycle-rental service if they don’t fancy doing so on foot or by public transport. 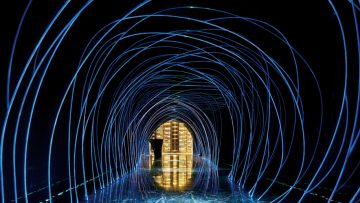 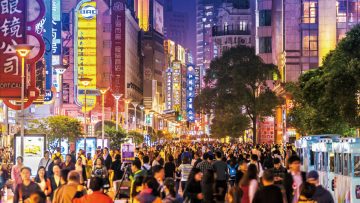