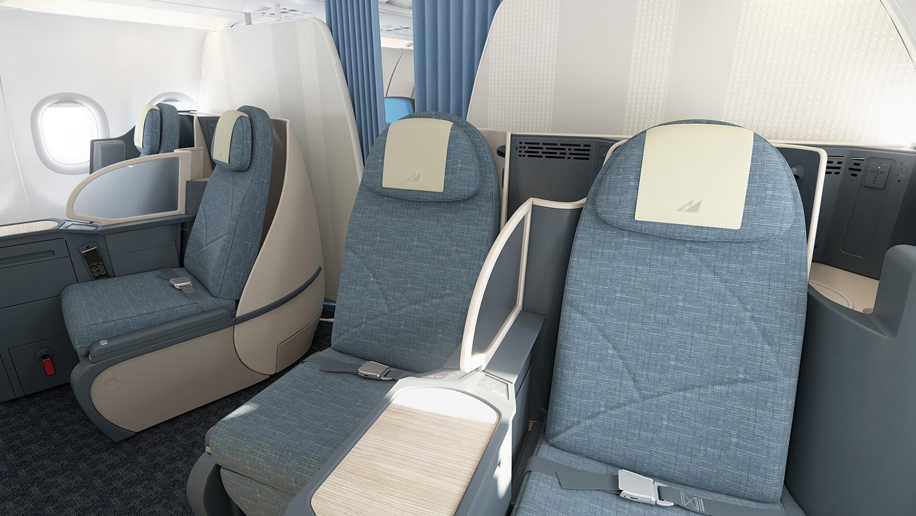 Details of the new seats are currently slim, though it is clear they will be laid out in a 2-2 configuration, with seats angled away from the aisle and towards the windows. All 12 of the seats recline to a fully flat bed position.

The A321neo’s economy cabin, meanwhile, will have 156 seats in a 3-3 configuration. Both cabins will offer in-seat power and USB outlets, seat-back screens and wifi. 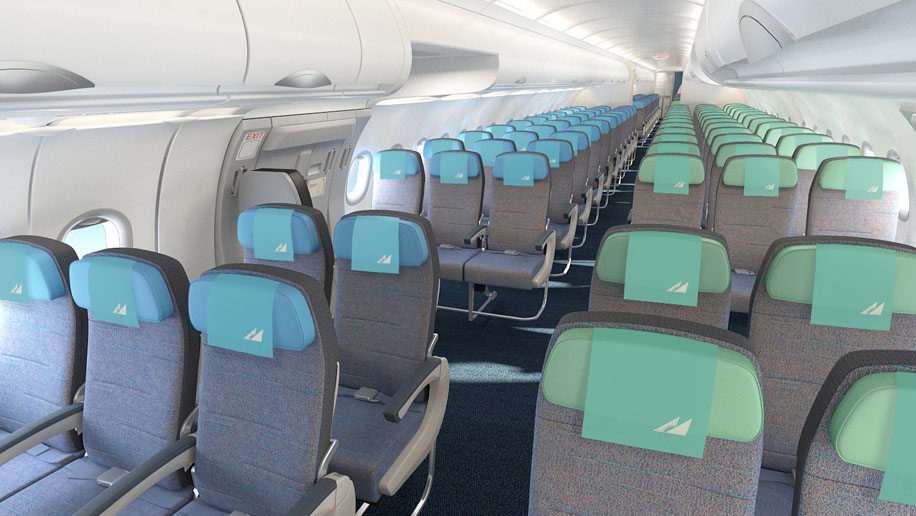 The new seats notably will be available on Philippine Airlines’ Manila-Brisbane route from July 2, 2018 onwards, when the airline replaces the A340 aircraft that currently flies the route with the new A321neo.

This will be the first narrowbody flight to Australia that has fully flat seating in business class. The route’s current A340 has 36 seats in business class, however these are only lie-flat rather than flatbed seats. The business class cabin on the A340 is laid out in a 2-2-2 configuration, with seats offering a pitch (legroom) of 54 inches and a width of 21 inches.

The A321neo, meanwhile, does feature fully flat seats, however it has just one-third the number of business class seats as the A340.

“Brisbane is an important part of our plan to introduce more Australians to the Philippines as a high-value holiday destination,” said Jaime J Bautista, the airline’s president and COO.

“Philippine Airlines has just been certified as a 4-Star Quality Airline by the Skytrax global rating firm, and we are the only airline offering multiple non-stop routes from Australia and New Zealand to the Philippines.

“We are thus investing in new A321neo aircraft and building up a fleet that is among Asia’s youngest, to fulfil our promise of a more comfortable, enjoyable and distinctly Filipino travel experience for Australian travellers.”

Earlier this year, Philippine Airlines converted its Brisbane service to a non-stop operation, cutting out the previous stopover it had in Darwin.

Initially, this non-stop route launched as a three-times-weekly flight but a fourth weekly flight has since been added.

“The introduction of these aircraft will result in a near doubling of current seat capacity for Brisbane travellers from approximately 38,000 to 70,000 seats per annum,” said Julieanne Alroe, CEO and managing director at Brisbane Airport Corporation.

“With the Philippines one of the fastest growing economies and aviation markets in Asia, this new non-stop flight is sure to result in increased passenger numbers in both directions.”

The Philippines’ national carrier has been on a mission to upgrade its aircraft of late, notably retrofitting its fleet of A330 aircraft from a one-class to a three-class configuration with Thompson Vantage XL business class and a new premium economy cabin.

These seats also will be outfitted on the airline’s A350 aircraft in the middle of 2018, on flights to New York in July and London set to follow.