Lufthansa to rejuvenate itself

Get ready for a major change at Lufthansa as it adapts to the modern aviation age.

Ever since I took my first flight with Lufthansa 50 years ago I have followed the fortunes of the German national airline with interest.

Lufthansa is famed for being conservative and cautious. And many readers appreciate that fact.

However never before have I seen the carrier about to undergo such a revolution.

It’s reported that CEO Carsten Spohr believes his airline can only survive in the long term provided it undergoes a fundamental cultural change.

In their place would come non-industry people skilled in digitalisation, innovation and brand management.

Details of the new programme were announced by Labour Director Bettina Volkens at a management conference last week and confirmed to Wirtschafts Woche by a Lufthansa spokesperson.

The spokesperson said that the staff in question would be encouraged to retire with “attractive offers.”

“It is expressly not about dismissals but a purely voluntary programme.  We want to clarify details with the workforce soon.”

In addition Lufthansa faces ever greater competition from the Gulf carriers on routes to the Middle East, Asia and Australasia. Part of that competition has been met by several joint ventures with Asian carriers, more recently with Cathay Pacific.

So what are we the make of this? In due course these staff changes will lead to more innovation in pricing and products.

But many Business Traveller readers are Lufthansa fans. They appreciate the thorough way in which it conducts its business.

At the end of the day one hopes that Lufthansa will not cheapen its brand and resort to gimmicks.

Loading comments...
Read Next
Austrian Airlines tweaks logo and livery
Read Previous
Get £50 off your next British Airways long-haul flight 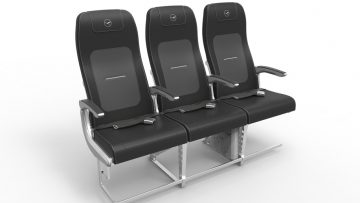 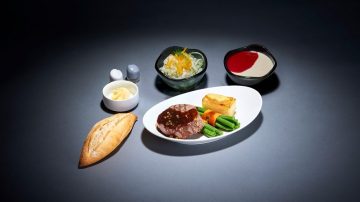 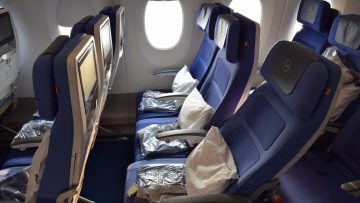