The US hub welcomed just under 104 million passengers in 2017, down 0.3 per cent on the previous year.

The top three busiest airports are unchanged from 2016, with Beijing in second place and Dubai in third, while Tokyo Haneda displaced Los Angeles International from the fourth sport.

India’s Indira Gandhi International Airport in New Delhi jumped from 22nd to 16th place in the rankings, with traffic up 14.1 per cent, while Guangzhou airport was the only other facility in the top 20 to record growth of over 10 per cent (10.1). Overall traffic growth across the top 20 airports was 5.2 per cent.

In terms of international passenger traffic, Dubai stretched its lead over London Heathrow, welcoming close to 88 million customers (up 5.6 per cent), compared to Heathrow’s 73 million (up 3 per cent). Here the top ten were all unchanged from the previous year, with Hong Kong in third place, followed by Amsterdam Schiphol, Paris CDG, Singapore, Seoul Incheon, Frankfurt, Bangkok and Taipei.

“The surge in cargo volumes and passenger numbers across many of the world’s airports is testament to heightened business and consumer confidence, at least in the short term.

“The world’s airports continue to be a vital link in the economic multiplier effect that aviation provides and the role it plays as an enabler for global commerce is growing”. 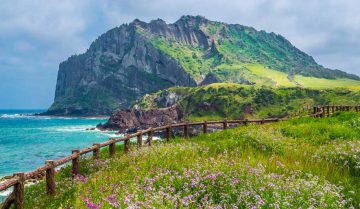